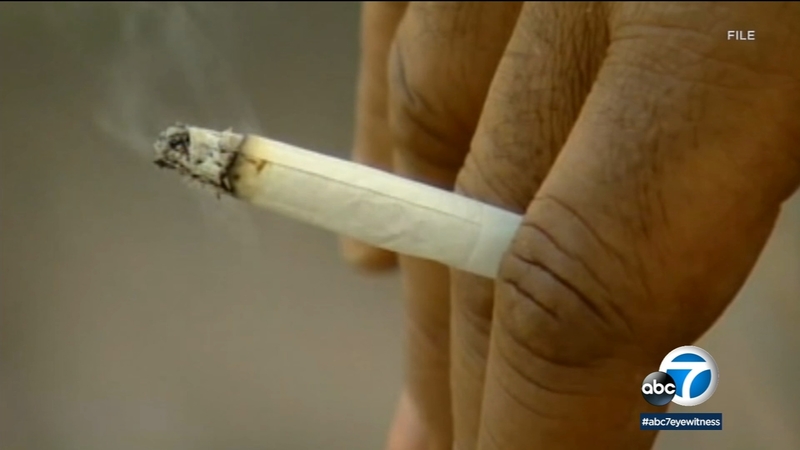 The Biden Administration is expected this week to call for a ban on menthol cigarettes.

The move is one tobacco opponents and civil rights groups say is urgently needed.

They say the tobacco industry aggressively markets to African Americans, who are disproportionately harmed by the cigarettes.

Menthol cigarettes are considered to be more addictive.

Studies have found that 85% of Black smokers prefer menthol cigarettes.

Tobacco use is the top cause of preventable death among African Americans, responsible for 45,000 deaths a year according to the Centers for Disease Control and Prevention.

"The industry has racistly profiled us and now they're flipping the script and saying to take these products off would be racist," said Carol McGruder with the African American Tobacco Control Leadership Council. "When in fact the racism was the initial targeting and the pernicious way that they did it."

The ban does not need congressional approval but it still could be years before it would take effect. The tobacco industry is expected to fight hard against it.

The ACLU and some activists are critical of the measure.

"We are already targets anyway based on the color of our skin," Brown said. "Now with us smoking menthol and that becoming a ban, that gives police more probable cause to come and target us."

The FDA has a court-ordered deadline to take a stand on the issue, in response to a citizens petition filed in Northern California calling for a ban on menthol. The federal court ordered the FDA to respond by April 29 to the petition, The New York Times reports.

The proposed ban would not apply to e-cigarettes.

Similar such bans on menthol and/or flavored tobacco have been approved by hundreds of local governments across the country and a handful of states, according to anti-smoking activist groups. The tobacco industry has challenged the efforts through legal and political means.

In 2019, the Los Angeles County Board of Supervisors voted to ban the sale of flavored tobacco products, including menthol, by retailers in unincorporated communities of the county. A lawsuit by the tobacco industry to overturn the ban was later dismissed.

The Los Angeles County Board of Supervisors unanimously passed the first vote to ban the sale of flavored tobacco in unincorporated areas.

California Gov. Gavin Newsom on Wednesday threw his support behind a federal ban.

He noted that California officials last year approved a ban on flavored tobacco products, including menthol. That law is on hold for now pending the outcome of an expected statewide referendum backed by the tobacco industry and expected to go on the ballot next year.

"For decades, Big Tobacco has targeted and profited from Black communities with marketing for minty menthol cigarettes and as a result, smoking-related illnesses are the number one cause of death among Black Americans."
Report a correction or typo
Related topics:
health & fitnessgavin newsomsmokingfdajoe bidencigarettesca tobacco control
Copyright © 2021 KABC-TV. All Rights Reserved.
More Videos
From CNN Newsource affiliates
TOP STORIES