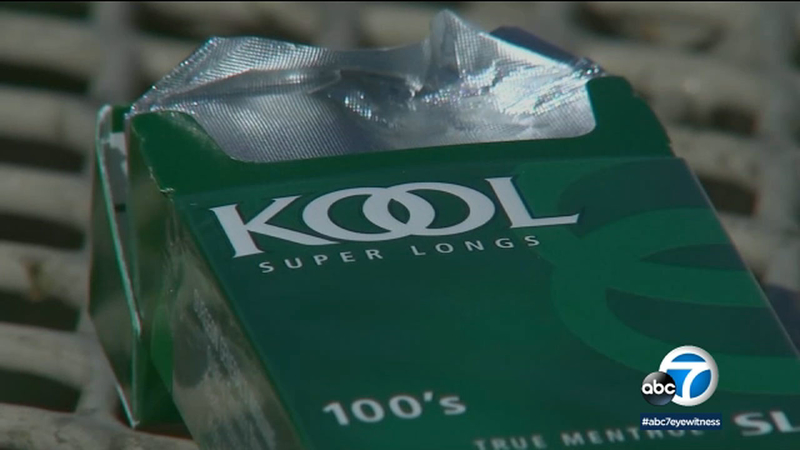 LOS ANGELES (KABC) -- The Los Angeles County Board of Supervisors has unanimously passed the first vote for a proposed ordinance to ban flavored tobacco products, including menthol cigarettes and flavored vaping products.

Supervisors entered their vote on Tuesday. At the hearing, youth groups called for the ban. People who oppose the ban were also there. They say minors should not use tobacco products, but that adults should have the right to choose.

The board said there is a second vote scheduled to take place sometime soon.

Menthol cigarettes such as Kools and Newports were among the products targeted in a proposed Los Angeles County ban on the sale of flavored tobacco.

The ban calls for flavored vaping products and traditional menthol cigarettes to be pulled from shelves in unincorporated areas.

"We have a responsibility to care for them and make sure the environment is safe," says Supervisor Mark Ridley-Thomas, who introduced the measure.

One out of three cigarettes sold in the U.S are menthols. Tobacco and vaping products are already unlawful to sell to anyone under 21. Ridley-Thomas says his ordinance will impose more regulation, enforcement and require merchants to obtain a county business license.

That has triggered a revolt in the vaping industry. Manufacturers of flavored e-cigarettes say that vaping gives tobacco users a way to quit.

"For example, 95% of adult smokers who have converted off combustible tobacco have done it utilizing flavors such as ours," says Ryan Stump, CEO of Charlie's Chalkdust, which makes flavored e-liquids.

Makers of vaping products warn that squeezing out stores that are already regulated will send buyers to the unregulated black market.

"I know what is going into my liquid, so does the FDA. We don't know what is going on in the black market and what kids are being sold on the street," says flavored e-liquids producer Chris Wheeler of Savage Enterprises.
Report a correction or typo
Related topics:
health & fitnesslos angeles countylos angelessmokingban
Copyright © 2021 KABC-TV. All Rights Reserved.
More Videos
From CNN Newsource affiliates
TOP STORIES