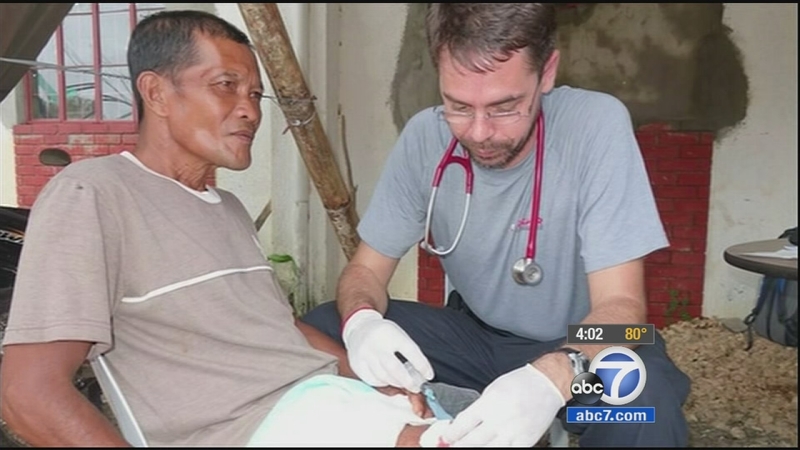 SACRAMENTO, Calif. (KABC) -- A Stanford surgeon has been put on modified quarantine in San Mateo County after treating Ebola patients in Liberia for the past month.

Dr. Colin Bucks, 43, returned to the Bay Area on Friday after volunteering with International Medical Corp., a Los Angeles-based agency. He is a frequent volunteer with medical missions overseas. Bucks will now remain under self-quarantine in his home in Redwood City for the next 21 days.

No state or federal quarantine orders were in place. Bucks was considered by health officials to be at "some risk."

After consultation with the U.S. Centers for Disease Control and the California Dept. of Public Health, Bucks was told to stay away from work and to stay away from others for 21 days. However, he can leave his house to go jogging by himself.

This comes as the California Department of Public Health issued a new Ebola protocol. The state is requiring a 21-day quarantine for people traveling from Ebola-stricken areas who have had contact with infected patients.

Dr. Ron Chapman, the state's health officer, announced Wednesday that California is establishing a statewide standard to protect the public. Chapman says the extent of quarantines will be determined by county health officials on a case-by-case basis.

Chapman says a number of California health care workers have volunteered to help combat the epidemic in West Africa. Officials have not said how many people, if any, have been quarantined.

Dr. Phuoc Le is preparing to leave for West Africa to treat Ebola patients. He's affiliated with UCSF and the UC Berkeley School of Public Health. He was planning to impose a 21-day quarantine on himself upon his return, even before the state mandate was issued. That means isolation from his 2-year-old daughter and wife.

"I really wish I could interact with them," he said. "But because of this public perception, I don't want them to be stigmatized on account of my actions in the field."

There are no reported or confirmed cases of Ebola in California.

California is imposing the risked-based quarantines after the governors of New Jersey and New York were criticized for ordering mandatory quarantines. The Pentagon says troops returning from Ebola missions will be isolated.

To read the quarantine order from the California Department of Public Health, visit www.cdph.ca.gov.