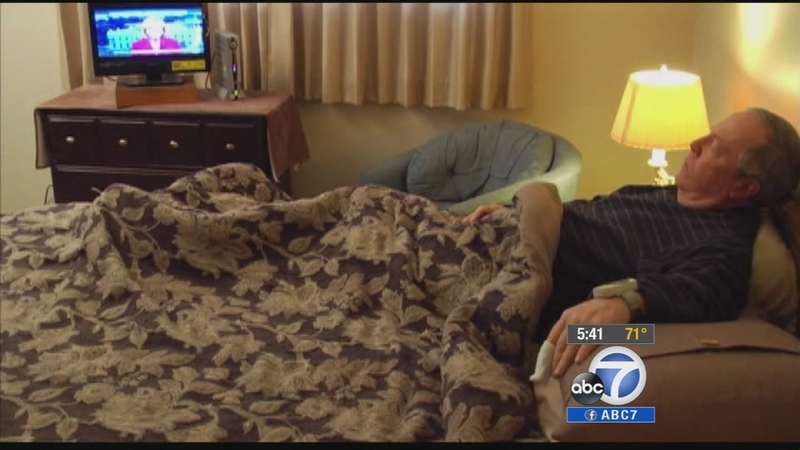 In the U.S, 22 million people suffer from sleep apnea. The most popular treatment is known as continuous positive airflow pressure, or CPAP and it involves wearing a mask at night. But, if someone has mild to moderate sleep apnea, their condition may be severe enough for CPAP to be effective.

So, some patients are trying a different approach that's been around for a while, and it's found in their dental office.

Ted Durkee is 67 years old and has suffered from sleep apnea for years.

"I always had problems with dozing off in the afternoon in the office and people would joke about that," he says.

Durkee finally decided to undergo a sleep study. Tests revealed that he had low oxygen levels while asleep and he had mild sleep apnea. His dentist prescribed an oral appliance therapy, or OAT.It's a mouth appliance that moves Durkee's jaw forward to help him breathe easier while sleeping.

"Mr. Durkee was the ideal patient because he's on the mild end of apnea," explained his dentist, Dr. Gretchen Zody, who is also a sleep expert.

Dr. Zody said she can see signs of sleep apnea just by looking in her patients' mouths.

"Their tongue can be scalloped along the edges so you can actually see the indentations of the teeth," she said.

That's because patients push their tongue forward to clear their airway. Other signs include bruxism, grinding of the teeth, acid reflux, and snoring.

It took a few weeks for Durkee to notice a difference, but he said now his oxygen levels are back to normal and he hasn't experienced any side effects.And,he has a lot more energy and even looks younger.

He explains that's because he no longer has severe bags under his eyes.

Typically most insurance companies will cover the treatment, but patients must prove they cannot tolerate the CPAP in order to get the appliance.Without insurance, the treatment will cost about $2500.