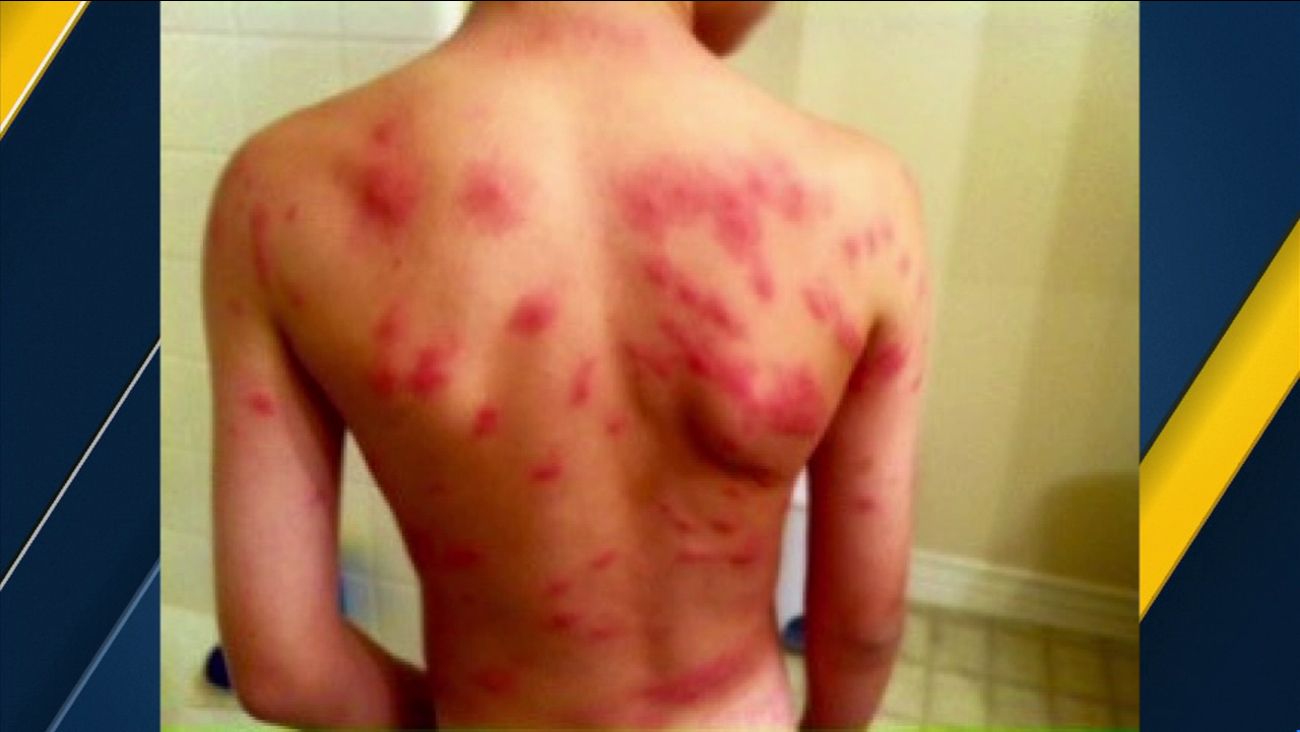 Parents began to notice their children at Lake Forest Elementary School were suffering from welts and bites and reported it to school officials.

Parents said they began noticing welts and bites on their children and reported it to school officials.

Kathleen Campen said her daughter has been dealing with the issue for about three weeks.

A pediatrician told one boy's mother he was having an active immune response to external bites due to localized environmental infestation, possibly chigger-like bugs.

"I feel very concerned. I feel sad. I know a lot of these moms have been up all night crying with their children," mother Karla May said.

Some parents said when they first reported the issue to the school, they were disappointed with the principal's response.

"The school was implying it was coming from children's homes," May said.

A representative for the Saddleback Valley Unified School District said it was notified by the school principal late last week.

Parents said the school didn't notify them about the problem until Friday. Officials closed the fields at the school as a precaution.

"We do understand the frustration because it isn't unknown, and we hope that the kids are recovering," Blakely said. "As much information they can share with us so that we can share with the agencies that are trying to identify what the problem is would be very helpful."
Related topics:
health & fitnesslake forestorange countychildren's healtheducationschoolstudent safetybugs
Copyright © 2021 KABC-TV. All Rights Reserved.
TOP STORIES
Strike dodged with deal between film and TV crews, studios
Karen Bass reiterates pledge to make solving homelessness top priority
LA County wants Vanessa Bryant to take psychiatric exam before trial
US religious group says 17 missionaries kidnapped in Haiti
Robert Durst hospitalized with COVID-19, his lawyer says
Riley's game-winning single in 9th lifts Braves past Dodgers
2 women killed when SUV crashes into pole in Lancaster, deputies say
Show More
MacArthur Park temporarily closes for cleanup, renovations
Despite distance, young cancer patient finally meets life-saving donor
Bill Clinton expected to be released from OC hospital soon: Doctors
Masks and vaccines are a must this holiday season, CDC says
Woman offering $600 reward after car was stolen with dog inside
More TOP STORIES News