KABC
By Josh Haskell and ABC7.com staff
LOS ANGELES (KABC) -- A new study claims drinking tap water in California over the course of a lifetime could increase the risk of cancer.

Researchers from the environmental advocacy group Environmental Working Group blame contaminants found in public water systems in the state, including arsenic, radioactive elements like uranium, and chromium-6, the carcinogen from the Erin Brockovich cases.

Dr. Nachman Brautbar worked on those cases with Brockovich.

"I think it is legitimate. I saw the data. There's place for concern, although not panic," he said.

The study looked at 2,700 community water systems across California and found that contaminants in the water could contribute to 15,500 cancer cases over the course of a lifetime.

Researchers calculated the cancer risk by looking at the reported contaminant levels from 2011 to 2015.

In a statement, Marty Adams, the COO of the Los Angeles Department of Water and Power said: "I have a real concern when an organization puts out an unfounded report that causes alarm to our own customers about the quality of L.A.'s drinking water. This report from EWG is misleading and we want our customers to know that L.A.'s drinking water is safe, of the highest quality, and surpasses all state and federal drinking water standards."

Brautbar said he knows not everyone can afford purified drinking water and believes that as time goes on, community water systems will be improved.

"It doesn't talk on somebody who drinks water for a year or two years. It talks about 70 years of consumption of the toxic contaminants," Brautbar said. 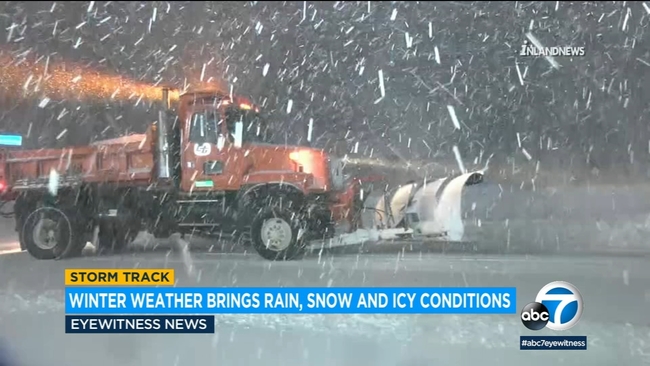