KABC
By Denise Dador
Amid the race to stall COVID-19 and stay ahead of new variants, Dr. Anthony Fauci cautioned that the more coronavirus replicates, the more it mutates. Vaccine-maker Moderna announced its plans to adapt -- a cat and mouse game that scientists plan to win.

In a new study, Moderna reports its vaccine remains effective against emerging mutations.

Moderna President Stephen Hoge said: "We were able to demonstrate the blood from people who've been vaccinated with the modernaCOVID-19 vaccine was able to completely neutralize the virus."

As distribution of Pfizer's COVID-19 vaccine begins, here's how doses will be distributed - and how you can find out where you stand in line.

But the South African variant, also known as B.1.351, appears to be the most troublesome with the most mutations.

Hoge said, "With the 351 strain the level of neutralizing titers has declined about six-fold."

What does that mean? While the vaccine may produce a weaker antibody response against the variant. Moderna says it still produces enough neutralizing titers to remain protective.

But immunity can change as more mutations evolve, so the company announced plans to target new variants with a booster vaccine.

Dr. Jasmine Plummer and her team at Cedars-Sinai were the first to identify a California mutation called CAL.20C.
Plummer said all the data so far suggests the current vaccines remain protective against it.

"Viruses mutate a lot. They mutate every couple of weeks. This is known," she said. "The type of vaccine that Pfizer and Moderna are using, this mRNA vaccine, is really used for this approach."

Plummer said her team will continue to monitor any changes, but no matter how many variants scientists identify, wearing a mask, staying apart and handwashing is more important now than ever.

"We know how it can get into your system. These types of studies just reinforce what we already know. It is spreading because we are giving it to each other," Plummer said.

Moderna said it is beginning pre-clinical trials on its variant booster. Researchers explain it could be given as a third dose six to 12 months after the second dose.

WATCH: Are there side effects of the COVID vaccine? See our FAQ
EMBED More News Videos

We spoke with an infectious disease specialist at Cedars Sinai Medical Center to answer some frequently asked questions related to the vaccine. 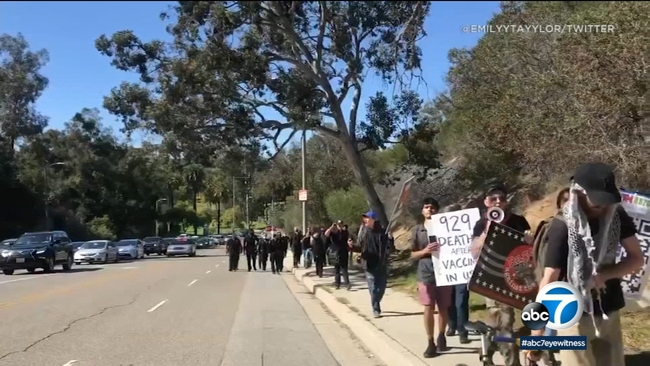