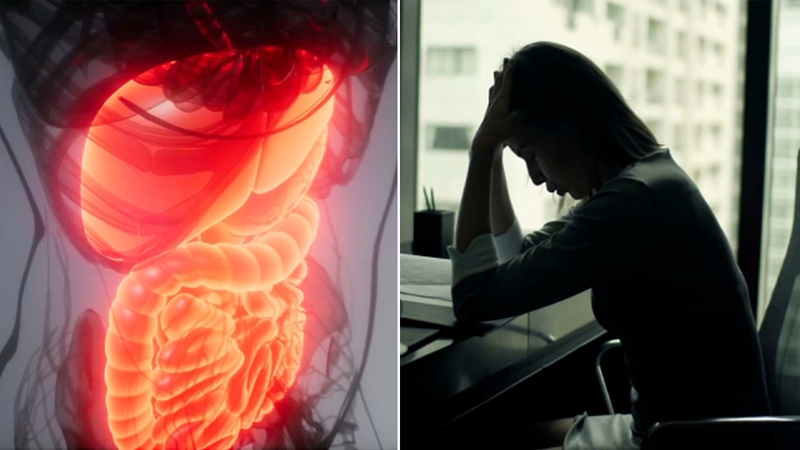 So much about the holidays bring on a sense of joy and celebration, but it can also magnify whatever it is that brings you stress and grief. Treatments for stress and anxiety often focus on the brain, but now scientists say the problem may be mostly in your gut.

A recent survey found 45% of Americans would prefer to skip Christmas. The American Psychological Association reports nearly a quarter of Americans feel "extreme stress" come holiday time because of having a lack of time and a lack of money.

This type of stress can lead to headaches, sleep problems, lack of focus, aches and pains and depression.

Up to 60% of people who take anti-depressants say they don't get adequate relief. Now, researchers are looking beyond the head to the gut for answers. In rats, stress can bring some pretty dramatic changes to gut bacteria.

"We were able to show that gut bacteria from stress-vulnerable rats, if you introduce that into a rat that had never been exposed to stress, that rat would now have some of the depressive characteristics of the rat that was stress vulnerable," said Jiah Pearson-Lear of Children's Hospital of Philadelphia.

These rats became more vulnerable to stress due to the gut bacteria, but scientists found it also made it more difficult for them to cope with stress. Researchers say stress changes the gut microbiome and increases inflammation in the brain. Other findings suggest brain inflammation is associated with depression.

"Animals that are more passive in coping with stress show more vulnerability because they exhibit behaviors that are a more hopeless depressive type state," said Seema Bhatnager, Ph.D., with the University of Pennsylvania.

What do the findings mean for humans? Researchers believe future studies will show that altering gut bacteria, possibly with probiotics which are live bacteria that help restore digestive balance, might pave the way for treating psychiatric disorders including depressions.