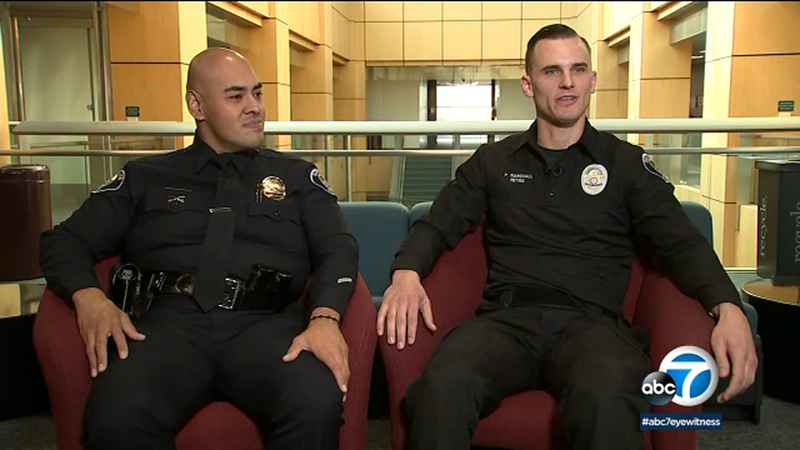 SANTA ANA, Calif. (KABC) -- There are about 100,000 people in need of a kidney transplant right now across the United States.

Of those, nearly 7,000 will receive what's called a "living" donation.

But whether that donor is a family member or a stranger, a bond is created.

Now, two police officers who were partners on the job, are also going to be partners through this life-saving procedure.

Jorge Garcia is a detective with the Santa Ana Police Department. He was diagnosed with kidney disease in 2016 and lives with what experts often call a "silent killer."

"That's exactly what it felt like. A death sentence," Garcia said.

But Garcia kept his illness to himself for years, not even telling his SAPD partner at the time, Patrick Marshall.

"At first it was hard for me to share, because again, it was a difficult subject to bring up to people. It was kind of one of those, out of sight, out of mind kind of things," Garcia said.

The closer he came to actually going on dialysis, the more willing Garcia was to share the news of his illness.

"I had no doubt in my mind for a second that this department, that all the men and women of this department would respond. And that's exactly what happened," Valentin said.

Within 30 minutes of that email being sent, Jorge's former partner, Patrick Marshall, was already filling out the necessary paperwork to be a living donor.

"I saw Jorge's name and didn't think twice. Jorge is a good guy and he was always there for us when we were on patrol, always helping out... I know he'd probably do the same for everyone else," Marshall said.

After a series of tests at UCLA Medical Center, doctors found Patrick to be a very close match to Jorge.

Patrick said he and Jorge also became new fathers at about the same time.

"I think becoming a father changed my mindset with a lot of things in my life... I kind of put myself in Jorge's shoes and thought that - I want Jorge to be there for his kid too, just like I am for my kid," he said.

"It was definitely a load off my mind to know that, God willing, I'll be there for my son's first day of school, his graduation and every important event," Jorge responded.