What Sen. Bernie Sanders can expect after receiving stents

When news happens, ABC7 director Larry McCain is in the control room running the show. So when word of Sanders and his heart procedure came across, McCain said he knew exactly what Sanders was going through.

Two years ago, McCain felt a little discomfort in his chest, but it didn't feel like a heart attack.

"You know like you crack your knuckles, like I just needed to crack my chest and it would just go away," he said. "But that didn't happen."

It turned out, he had a blocked artery. Doctors took him to a cardiac catheterization lab to open up the artery and put in a stent.

Dr. Alex Durairaj is the medical director of Cardiovascular Services at Huntington Hospital in Pasadena.
He says close to 2 million of these procedures are performed every year in the U.S.

"We take a hollow tube called a catheter and line up to the opening of those arteries and through that hollow tube we deliver a balloon to stretch that artery and move the plaque out of the way," he said.

"And that acts like a permanent scaffold to push the plaque out of the way, hold it open and allow the blood to move more freely," Durairaj said.

Stents have been around since the mid 1990s. The success rate is over 95% and when it fails, Durairaj said it often has to do with the healing process.

"When you put a stent in, it's a foreign body inside the artery and so the artery will naturally heal by putting scar tissue on top of the stent," he said.
Technology improved in the early 2000s. Now most stents are coated with medication that prevents re-narrowing of the artery.

"With that improvement they've been much more successful," Durairaj said.

"Silly me, I went back to work within a few days," McCain said.

Almost immediately, he felt better and had more energy. And despite his stressful career, McCain has learned to exercise and eat better.

"I think Bernie will be fine just as long as he gets a little exercise," he said.
Report a correction or typo
Related topics:
health & fitnessbernie sandersmedicalcircle of healthheart health
Copyright © 2021 KABC-TV. All Rights Reserved.
RELATED 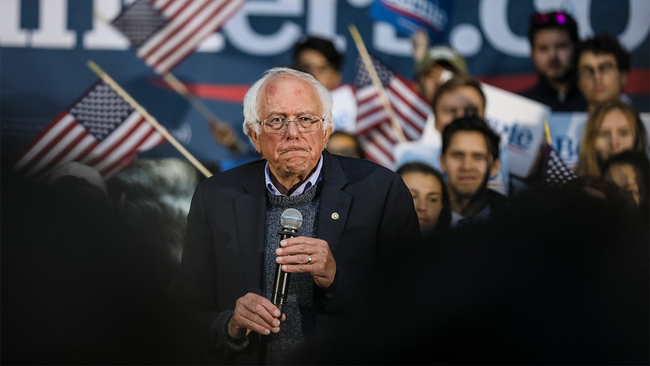 Bernie Sanders cancels events after being hospitalized
CIRCLE OF HEALTH