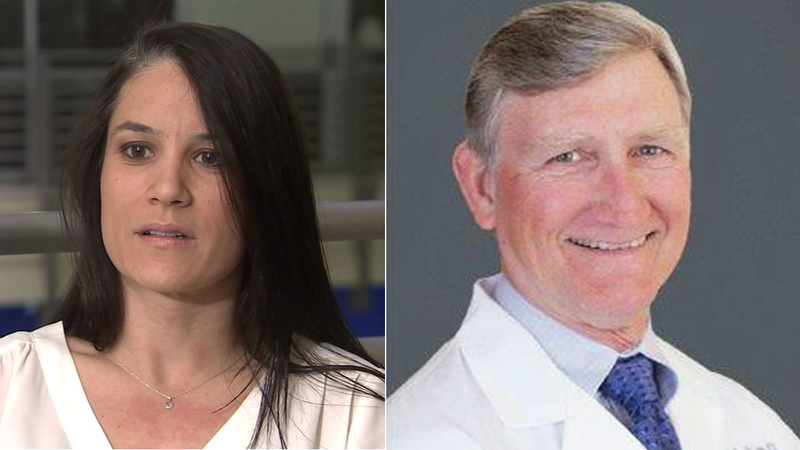 BEVERLY HILLS, Calif. (KABC) -- A Sherman Oaks woman plans to file a first-of-its-kind multi-million dollar lawsuit in California Superior Court against a Beverly Hills fertility clinic and its chief director for allegedly destroying all of her embryos by mistake and ruining her chances of becoming a mother.

Marisa Yukich, 38, says she had her eggs extracted, fertilized and frozen in 2013 by Dr. David Hill at ART Reproductive Center in Beverly Hills "in the hopes of becoming pregnant at a later time."

Under the terms, her eggs and a vial of male genetic material would be stored so long as she paid an annual fee.

"In the fall of 2014, I received what was an invoice, normal paperwork, to store the embryos free [for] another year," Yukich said.

She claims she submitted notarized paperwork explaining that only a vial of sperm could be destroyed and even underlined the word sperm.

About a year later, she says she received a call from Dr. Hill letting her know that the clinic had made a mistake and inadvertently destroyed all of her embryos.

"I remember asking him if he was sure if it was all of them and how could this happen," Yukich said in tears.

Yukich's attorney, Adam Wolf, says the clinic, which is located in the 400 block of N. Roxbury Drive, offered his client $600 for the medical mistake.

Wolf says Yukich was provided paperwork the morning of her procedure, which "basically absolved ART of any and all responsibility."

"The courts have been very clear that those types of provisions are unenforceable," Wolf said.

Yukich filed a complaint against Hill and ART, but says the damage can't be repaired.

"I don't know that there's anything that can be done to feel whole again or repair this," Yukich said. "It's such a grave error."