CA could be first state in nation to rank heat waves 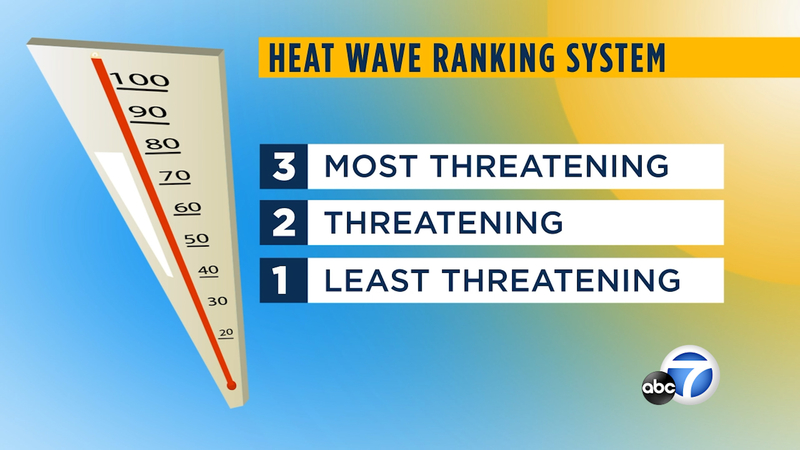 CA could be first state in nation to rank heat waves

LOS ANGELES (KABC) -- On Friday, California officials announced a proposed Assembly Bill that would create an early warning system for heat waves. It would be the first state to use a system like this.

"We need to make sure that we are able to rank these types of circumstances in a way which we know that we have the ability to prevent the loss of life and illness due to extreme heat," said Assemblymember Eduardo Garcia, who is part of the team spearheading the bill.

Officials said heat waves are the 'silent killer' and they are responsible for more deaths and injuries than all other extreme weather events and are increasing through climate change.

"I think the reason that heat-related injuries and illnesses account for the majority of what we see in the E.R. compared to other extreme weather events is because they are very unpredictable. The warning is very last minute," said Dr. Michael Daignault, an emergency room doctor at Providence Saint Joseph Medical Center.

Officials said the image below is what the heat wave ranking system could look like with three levels of alerts from least to most threatening.

"We will be able to not only communicate to our constituents as we would with an alert system that we are familiar with when we are tracking other types of emergencies, but it will also lead to the possibility of deployment of resources in a much more intentional manner to minimize and mitigate the outcomes that come from extreme heat," said Assemblymember Garcia.

According to officials, this is in an effort aimed to protect low-income communities, seniors and those without insurance. The bill would also appoint a state leader to oversee any heat wave issues. The bill is set to be submitted in January.

"We don't have an exact price tag to this. But we are excited that this last budget we did put forward close to $15 billion of climate resiliency investments and money for extreme heat was included in this as well," said Assemblymember Garcia.