'She paved the way for so many women': New film 'I Am Woman' looks at life of singer Helen Reddy 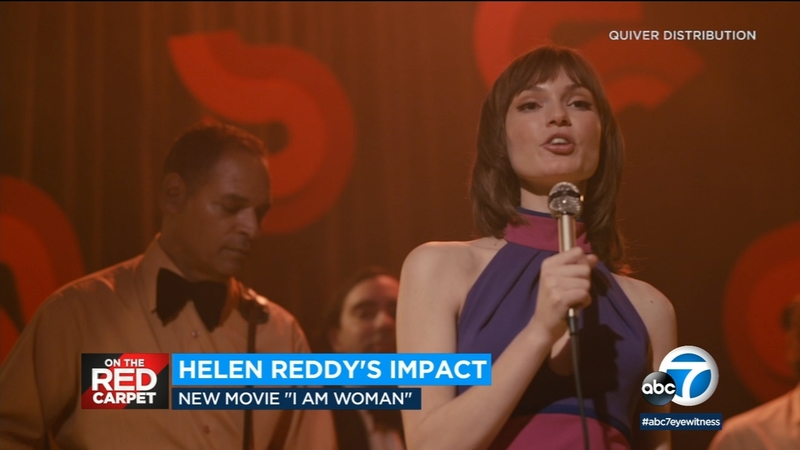 HOLLYWOOD -- Singer Helen Reddy has sold some 80 million albums worldwide over her career. The new movie "I Am Woman" gives us a good look into Reddy's life, and of course, gets its title from her biggest hit song.

We see her as a struggling Australian singer trying to make it in America; and later, a Grammy winning superstar with a signature song. "I Am Woman" made a monumental impact during the women's movement of the 1970s... and beyond.

"When I met Helen, I wanted to understand what it was about her life and the way she approached her work that, you know, that had this impact on women," said director
Unjoo Moon. "I was sort of blown away by the groundbreaking work she did. The way she paved the way for so many women in the music industry and, in particular, for all three of us, the way she paved the way for a lot of Australians who are in the arts."

Actress Tilda Cobham-Hervey says she felt the weight on her shoulders in taking on such a heady role.

"Helen is such an extraordinary woman and, you know, I think it's every actor's job to fall in love with the character they're playing. But I think I almost fell too in love with Helen in the process of making this film!" said Cobham-Hervey.

"I Am Woman" also delves into the music business of the time, and looks at a troubled marriage. Co-star Danielle Macdonald plays journalist and "Rock Encyclopedia" author Lillian Roxon.

"I think if you don't know Helen's music and you watch this movie, it will then be on your play first forever after," said Macdonald. "I mean, she had so much success for a reason. These songs are still relevant today for a reason."

"I really found learning about her life and all that she did just-I feel very grateful and lucky to have had that," said Cobham-Hervey.