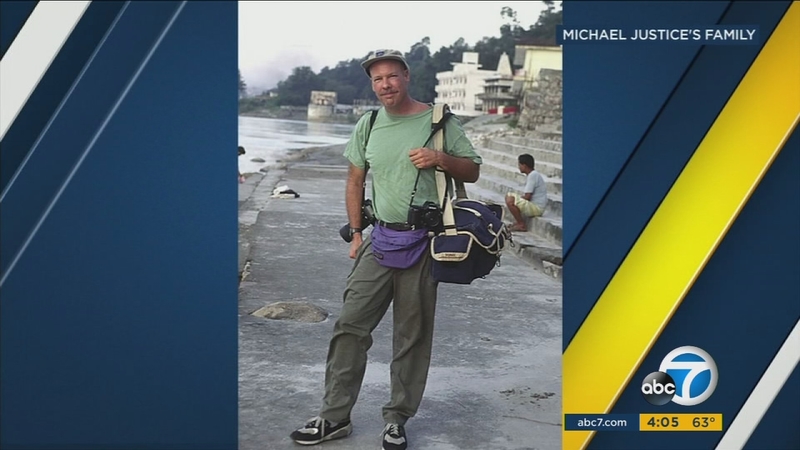 SAN PEDRO, LOS ANGELES (KABC) -- Two bodies were pulled from the wreckage of a helicopter that crashed off the coast of San Pedro, according to officials.

The bodies were presumed to be that of photographer Michael Justice and pilot Christopher Reed, authorities said during a Thursday afternoon press conference.

There was no official confirmation of the identities, Port Police said.

Crews located the wreckage just inside the break wall off Cabrillo Beach around 10:15 a.m. Thursday - some 17 hours after the helicopter dropped off radar. The helicopter was attempting to take photographs of a cruise ship when it reportedly crashed in the ocean.

Eyewitness News learned that an R-22 Beta helicopter left the Torrance Airport around 4:30 p.m. on Wednesday. The helicopter belongs to JJ Helicopters, a Torrance-based company.

The Port Police said a pilot and one passenger were on board the helicopter. Officials said passengers on a cruise ship reported seeing a helicopter go down in the port area.

Casey Warren told Eyewitness News that his friend Justice was in the helicopter and was going to photograph the cruise ship. He said it was rare to have three cruise ships in the port at the same time, so their project was to highlight cruise ships at the facility.

"A sunset shot, we booked it for an hour," Warren explained. "I was supposed to be on the craft with him and I got booted because the R-44 that we wanted wasn't available so he went up in a 22. It only seats one."

"He never came home. I got worried so I started calling and I figured I'd come down here to see if his car is still here and that's his car," Warren said pointing to a white vehicle in the parking lot.

Friends and family described Justice as a renowned photographer who traveled the world for his work. Some of his highlights included contributing to National Geographic, flying with the Blue Angels and photographing Mother Theresa.

The U.S. Coast Guard, who came to assist in the search, closed the Los Angeles Harbor entrance as efforts to find something continued. Officials announced the port had re-opened.