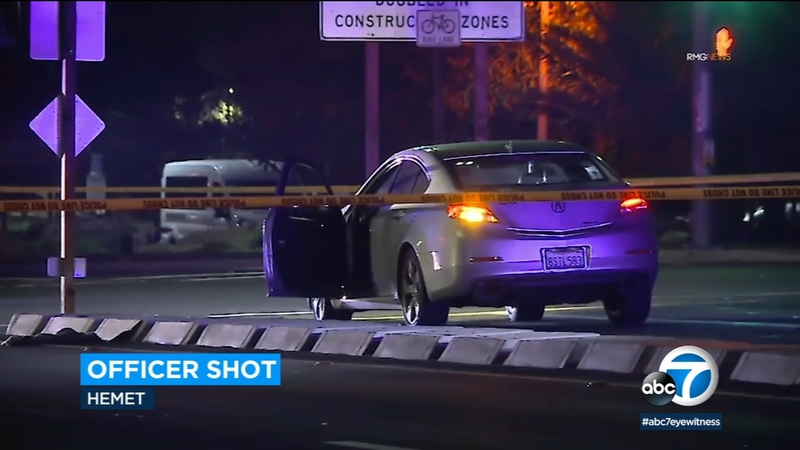 HEMET, Calif. (KABC) -- A 20-year-old suspect was taken in custody Monday after allegedly shooting a police officer who was responding to a gunfire call in Hemet.

Two officers responded to the 3400 block of W. Florida Avenue around 4 a.m. after receiving a report of someone shooting a gun near the Best Western Plus Hotel.

Lt. Nate Miller said an officer was speaking to the person who made the call in a parking lot when the individual pointed toward a vehicle driving by and said "that looks like him.''

At that point, the lone occupant of the vehicle opened fire, wounding the officer, he said. Police did not return fire, Miller said.

The officer, who was not identified, was taken to an area hospital for treatment of what was described as a non-life-threatening gunshot wound, Miller said. The officer, who has been with the department for nine months, "is alert and in good spirits,'' he said.

Robert Moran, 20, was taken into custody on suspicion of attempted murder of a peace officer. A handgun was found on the front passenger seat of the car, police said.

Moran was being held in lieu of $1 million bail at a Riverside County jail.