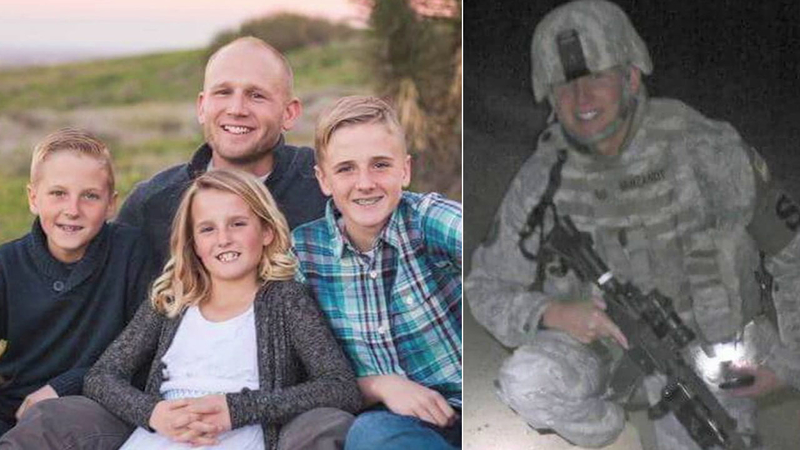 HERMOSA BEACH, Calif. (KABC) -- Hermosa Beach police are asking for the public's help in their search for a father of three who went missing under suspicious circumstances while out with friends in the Pier Plaza area Saturday night.

Michael David Vanzandt and his friends were waiting to get into American Junkie around 10:15 p.m. when police say he walked to the liquor store next door and walked out. That's the last time anyone saw the father of three.

Vanzandt and his friends had watched the UFC fight earlier in the night and rented a hotel room to avoid having to drive home to Lancaster, but Vanzandt never made it back to the room.

Vanzandt's brother, Tyler Vanzandt, said his brother's friends tried to call him at least 22 times to no avail.

His worried family has put up missing person fliers at restaurants and stores near the pier.

Vanzandt and his wife of 14 years are going through a divorce, but she says he would never leave their children behind.

"They're his life. He would never just up and leave them," Krishain Vanzandt said. "This is absolutely not like him."

Vanzandt, who works at the Edwards Air Force Base, is a swimmer and a scuba diver, so his brother wonders if he left his friends to go down to the beach.

"He's somebody that does like to take swims at night, you know, after he's been drinking," Tyler Vanzandt said. "I've been out with him numerous times and certainly, that's a concern."

Vanzandt was described as a white male, standing around 6 feet tall, weighing about 190 pounds with blond hair and blue eyes. He has at least three tattoos, including a picture of a tiger on his shoulder, a small picture of Buddha on his back and "KEATON" in descending letters on his left calf.