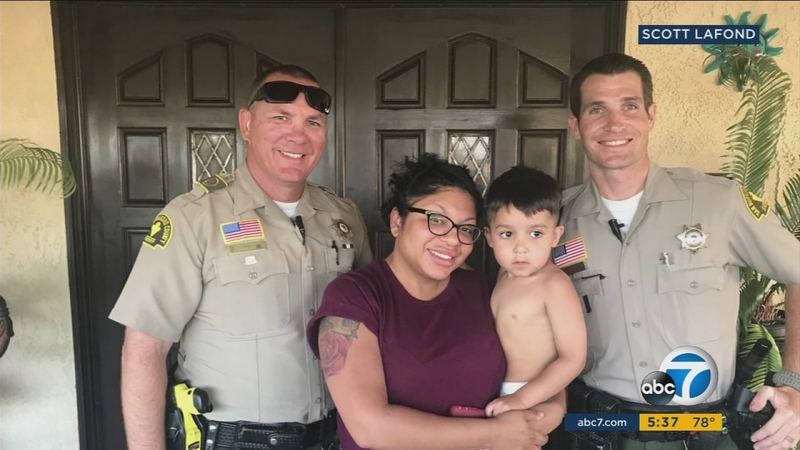 Hesperia police save 3-year-old from drowning

HESPERIA, Calif. (KABC) -- Two San Bernardino County deputies were hailed as heroes Tuesday for their quick response to save a 3-year-old boy who fell into a pool.

"He was just frozen. I don't even remember how I got into that pool. I just remember pulling him out," she said.

The mother administered CPR on Major while waiting for the policemen to show up.

Hadfield and her son made the trip to Hesperia to visit family. She said she carefully planned the excursion because of Major's autism.

"I literally lost him for about five or seven minutes," she said.

Once Caudle and Lafond arrived, they took over the rescue. The officers continued the compressions, which made Major vomit. They ran to the front of the house with the 3-year-old once the fire department arrived.

"I don't think that my baby would be here if they weren't here that day," said Hadfield.