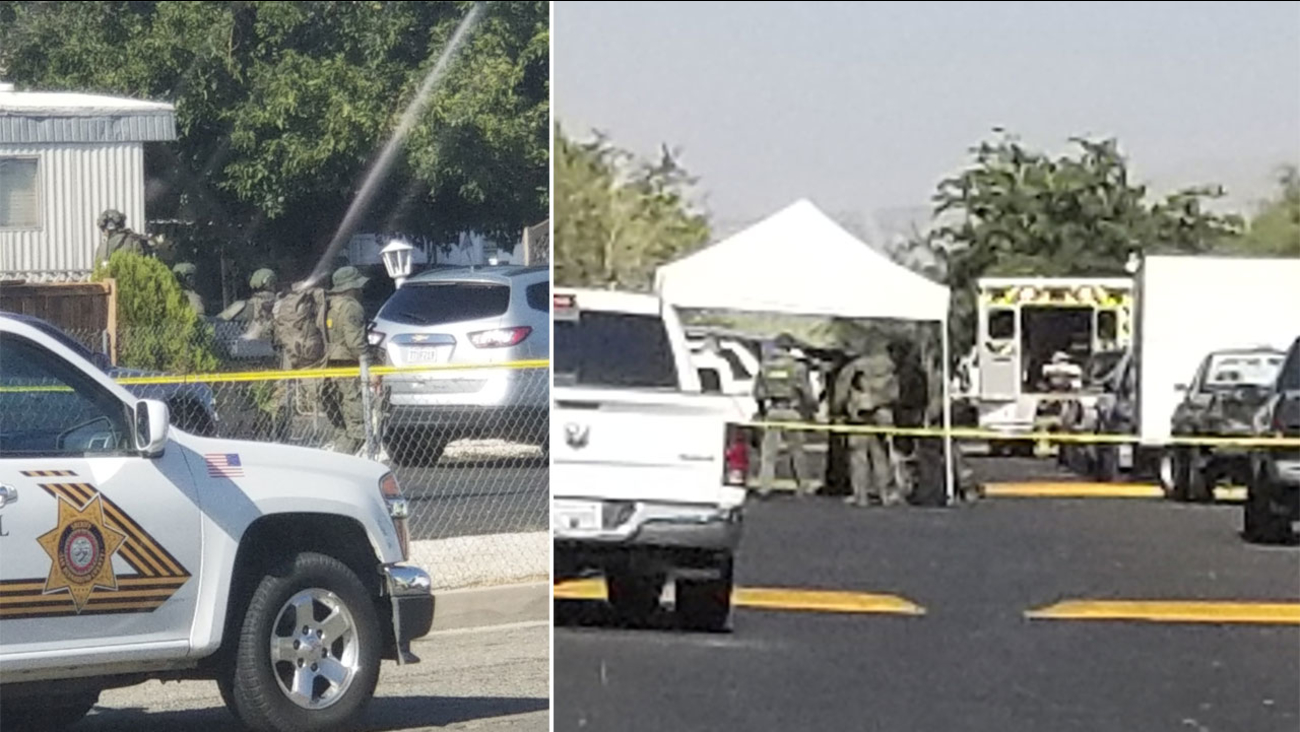 HESPERIA, Calif. (KABC) -- A man who was barricaded inside a Hesperia home is confirmed dead following a deputy-involved shooting, but it's unclear if he was shot by deputies or if his injuries were self-inflicted, sheriff's officials say.

The incident began about 11:45 a.m. in the 9400 block of Tamarisk Avenue, according to the San Bernardino County Sheriff's Department. Deputies responded to a mobile home park over a call about a man with a gun.

Witnesses said the suspect pointed a gun at a neighbor for an unknown reason.

Sheriff's officials said the man was cooperative at first but then refused to come out of the home.

At about 7:45 p.m., Cindy Bachman of the sheriff's department said in a tweet that an officer-involved shooting occurred involving the barricaded suspect, adding that it's unknown if he was shot by deputies or if the injuries were self-inflicted.

Hesperia- 9400 Tamarisk Ave. An officer involved shooting occ'd involving the barricaded suspect. It is unclear if he was shot by deputies or if self inflicted. The inv. is just beginning and additional info will not be available until the conclusion. Suspect is deceased.