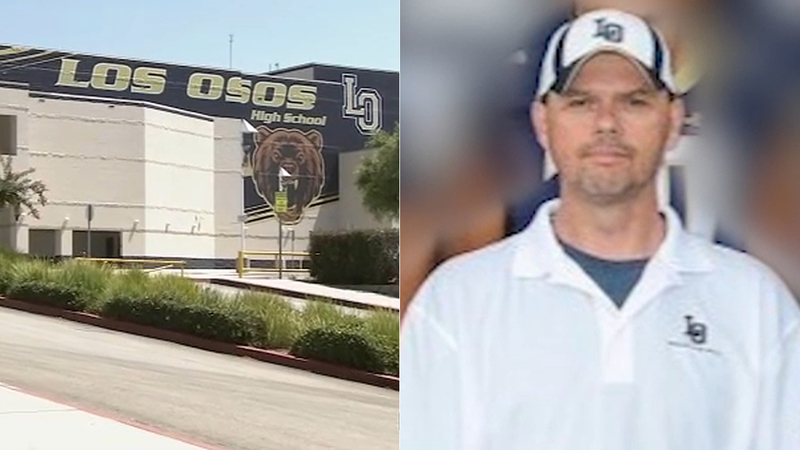 A mother of a student at the school spoke out Wednesday about her concerns and her daughter's fears.

Stefani did not reveal her last name, but made her remarks during a virtual news conference hosted by attorney Gloria Allred, who says she represents numerous students and parents in the case.

"It's been extremely difficult, for (my daughter) and her friends," said Stefani. "Difficult to go to school; nervous all the time; anxious."

The camera was discovered by an employee at Los Osos High School last month. After detectives with the San Bernardino County sheriff's department were called in to investigate, officials say surveillance video from the area led them to arrest David Riden, 52, an assistant coach on the varsity football team.

A football coach at Los Osos High in Rancho Cucamonga was arrested for allegedly planting a hidden camera in the girl's bathroom on campus.

A search warrant was served, and officials say additional electronic devices were discovered. That's the other concern for Stefani; the possibility that videos of her daughter undressing may end up on the internet.

"It's this waiting game. Waiting for a phone call, a notification, and the terror that these videos are out there."

Allred said it's not just the alleged actions of the coach that upset her, but also comments allegedly made by members of the football team since the arrest.

"One boy is reported to have stood up in class, and openly chanted "Free Riden" with no apparent consequences," said Allred. "Some members of the football team asked the victims why they were so upset, saying 'It's just some free booty pictures.'"

Allred said the other concern is how long Riden had been allegedly recording the videos. She said he'd been an employee on campus in some capacity since 2015.

"There could be hundreds of young women on the video who were secretly recorded, so at this point there are more questions than answers."

Riden is currently facing one misdemeanor charge for invasion of privacy.

The sheriff's department said the investigation is continuing, and it's possible additional charges could be filed.