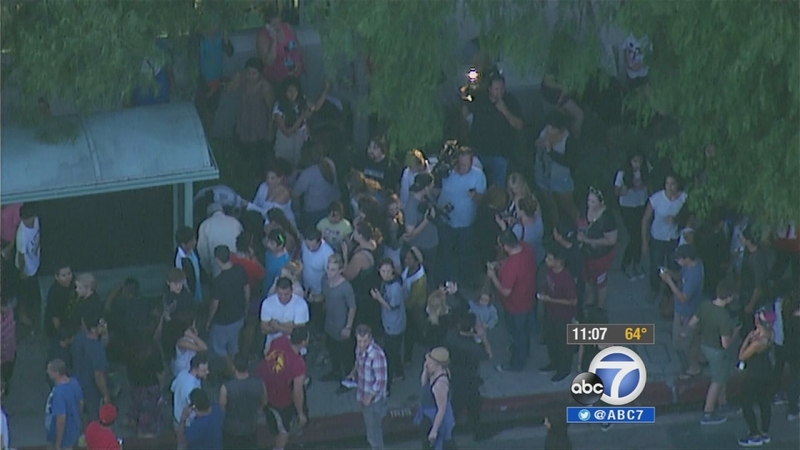 The millionaire, only known as @HiddenCash on Twitter, told Eyewitness News he is between the ages of 35 and 40 and was very successful in real estate. The cash hunts are his way of paying it forward, and he hopes those who find the money will use it to help others.

@HiddenCash first started the money hunts in the Bay Area. He leaves clues on Twitter, sending people on a cash-finding frenzy.

On Thursday evening, people flocked to Burbank Empire Center after @HiddenCash tweeted that the hidden treasure was located under a palm tree at a shopping center in Burbank. 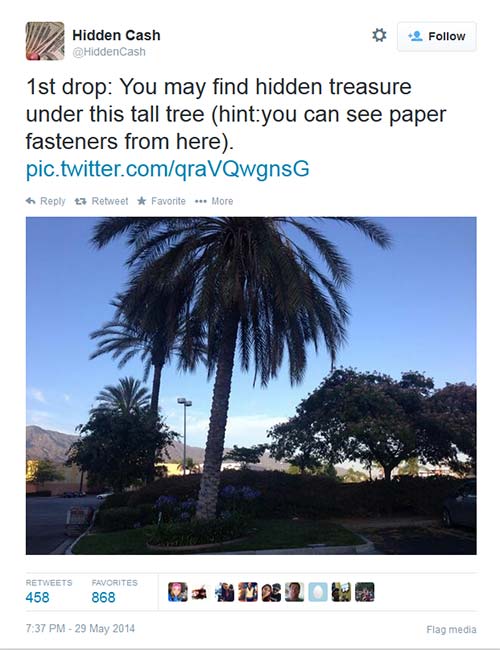 Mystery millionaire @hiddencash tweeted this photo on Thursday, May 29, 2014.

Tatiana Ramirez, 14, of Pacoima, was the lucky person who found the first envelope of the evening. It contained $210, and Ramirez says she plans to pay it forward.

"I'm going to send this to my grandma, to all my family," said Ramirez.

On the other side of the parking lot, Chris Treichel of Los Feliz found an envelope stuffed with $135. He says he plans to put the money in his savings account.

"I don't think I've ever won a competition in my life, so pretty remarkable. I just kind of walked over and found it," said Treichel.

Another woman found $200 in the third and last envelope, which was taped onto a trash can.

A clue tweeted Wednesday sent people flocking to the Mulholland Fountain in Los Feliz. @HiddenCash left two envelopes there, one with $252 and another with $100.

On both nights, some people continued to search for the money even after it appeared that all envelopes were found.