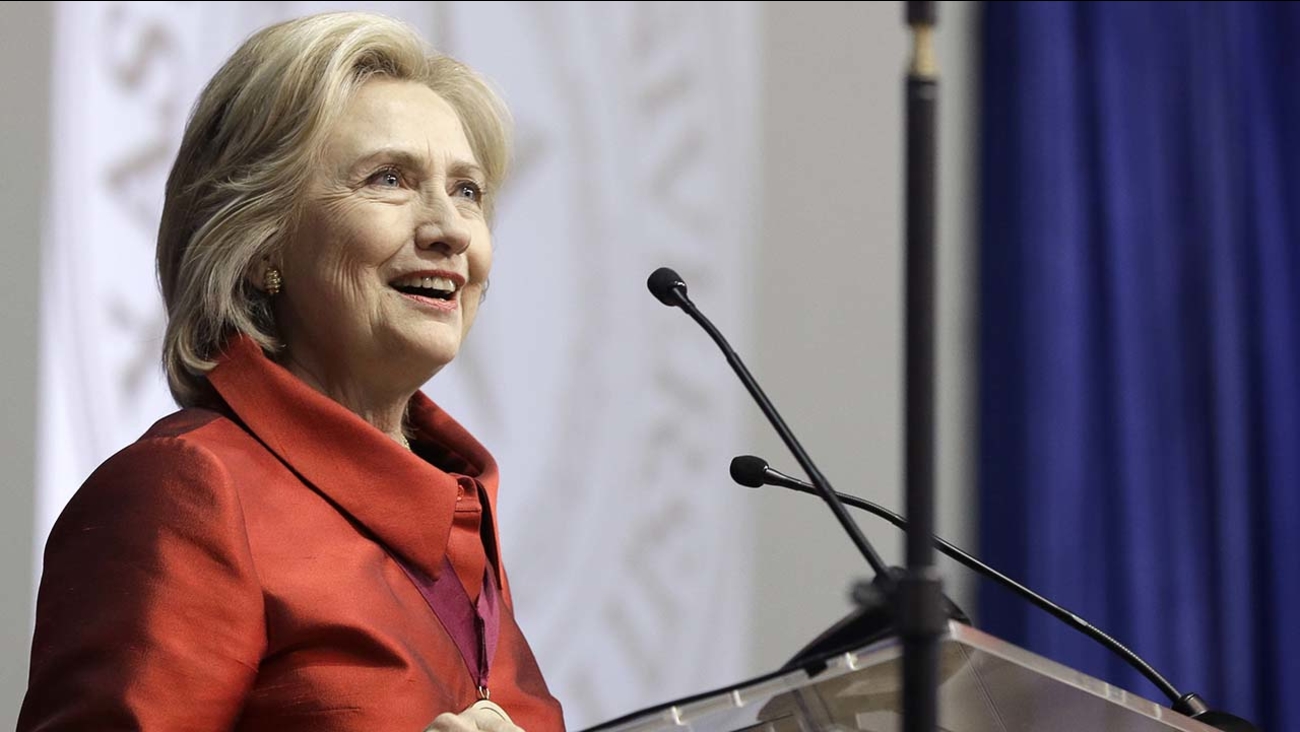 LOS ANGELES (KABC) -- Hillary Clinton is showing a strong lead over Bernie Sanders with Democrats, according to a new ABC News/Washington Post poll, but her numbers are weaker among independents and Republicans.

Overall among all adults, Clinton and Sanders are not too far apart. The poll shows that 47 percent see Clinton favorably vs. 49 percent unfavorably. The poll shows an even split of 35-35 for Sanders.

Among Democrats, however, Clinton's favorable-unfavorable tally is 79-17, which smokes Sanders' 47-24.

The tables have turned for independents, among which Sanders' tally is 38-35 vs. Clinton's 43-52, which is 9 points under water.

Clinton's numbers take an even deeper dive among the GOP. Her favorable-unfavorable tally among Republicans is 15-84, compared to Sanders' 21-51.

Meantime, as Vice President Joe Biden waits in the wings, his numbers are comparable to Clinton's. His favorability rating is 45-40 overall, 72-17 among Democrats, and 37-47 among independents.