Hillary Clinton fans line up for book-signing in Pasadena 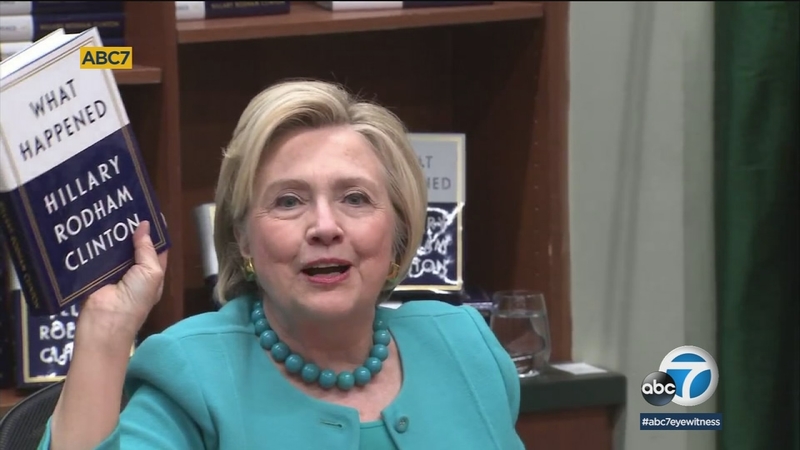 PASADENA, Calif. (KABC) -- Former national security adviser Michael Flynn famously took aim at Hillary Clinton in 2016 with a chant of "lock her up" at the Republican National Convention.

Now as Flynn pleaded guilty on Friday to a count of lying to the FBI about Russian meddling in the election, Clinton was appearing in Pasadena at a signing tour for her latest book.

Asked about Flynn's plea, Clinton declined to gloat, but noted she wrote extensively about the Russia issue in her book, "What Happened."

"You can read a lot about Russia in this book," Clinton said. "There's a whole chapter that explains a lot of what happened. So I highly recommend it for some holiday reading."

Hundreds of fans lined up at Vroman's bookstore in Pasadena to meet the former Democratic presidential candidate and get a signed copy of her memoir about the 2016 election.

Fans had to order a copy of the book online in advance and the store says its 1,000 copies sold out in 90 minutes.