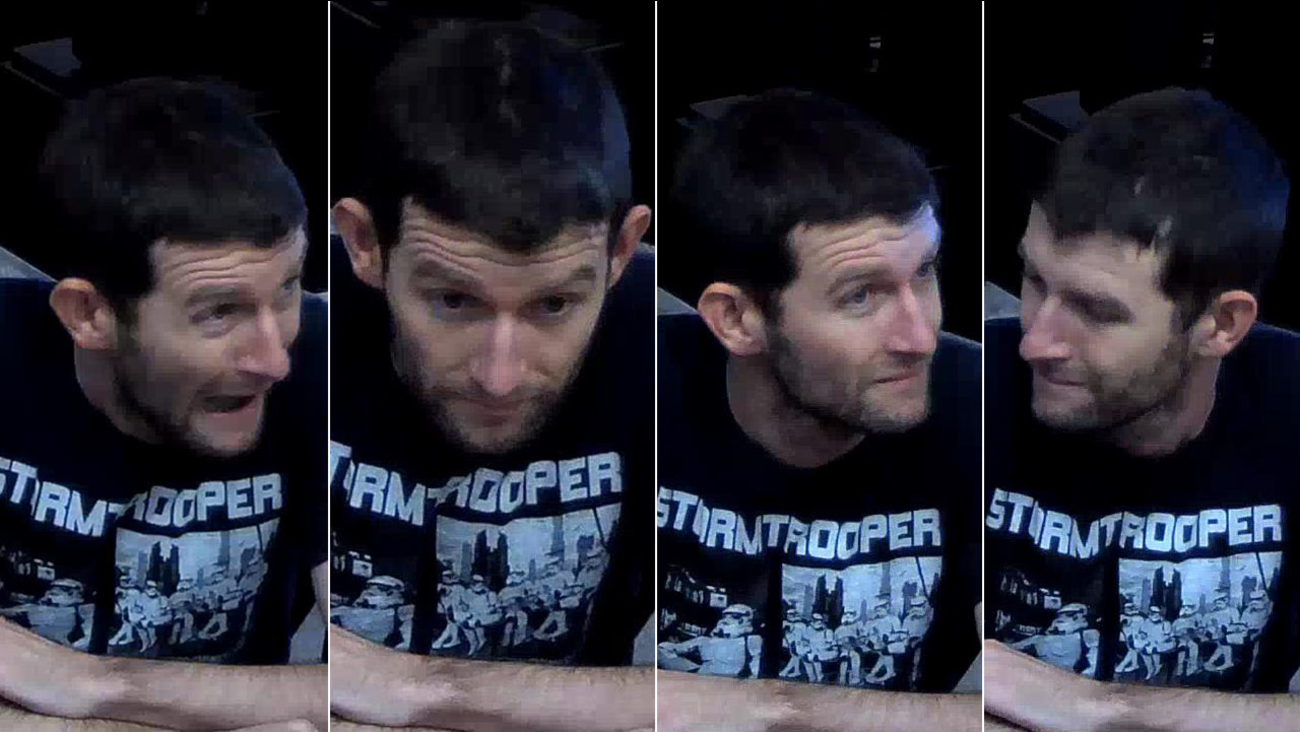 A bank robbery suspect dubbed the 'Hipster Bandit' is shown in surveillance images during a heist in San Diego on Jan. 9, 2016. (KABC)

SAN DIEGO, Calif. (KABC) -- The FBI and local law enforcement officials are looking for a suspect dubbed the "Hipster Bandit," who is connected to multiple bank robberies in San Diego County.

According to the FBI, the suspect is believed to be responsible for four bank robberies dating back to July 2, 2015 - all within San Diego County.

Authorities said the most recent heist occurred Jan. 9 at a Wells Fargo Bank located inside a Vons grocery store at 4725 Clairemont Drive around 2 p.m. The suspect gave a teller a note demanding cash in specific denominations.

After receiving the cash, officials said the suspect fled the scene on foot. No injuries were reported.

The "Hipster Bandit" is described as a white male in his late 20s or early 30s, weighing approximately 110 to 140 pounds, around 5 feet 3 inches to 5 feet 5 inches tall with brown hair and a skinny build. He has a tattoo on his left bicep.

During the most recent robbery, the suspect was seen wearing a black "Star Wars" themed T-shirt with the word "Stormtrooper" written on it. He also wore black jeans and black shoes.

If you have any information about this suspect, you're urged to contact the FBI at (858) 320-1800 or San Diego Crime Stoppers at (888) 540-8477.
Related topics:
san diego countyrobberybank robberyfbisurveillance
Copyright © 2021 KABC-TV. All Rights Reserved.
More Videos
From CNN Newsource affiliates
TOP STORIES