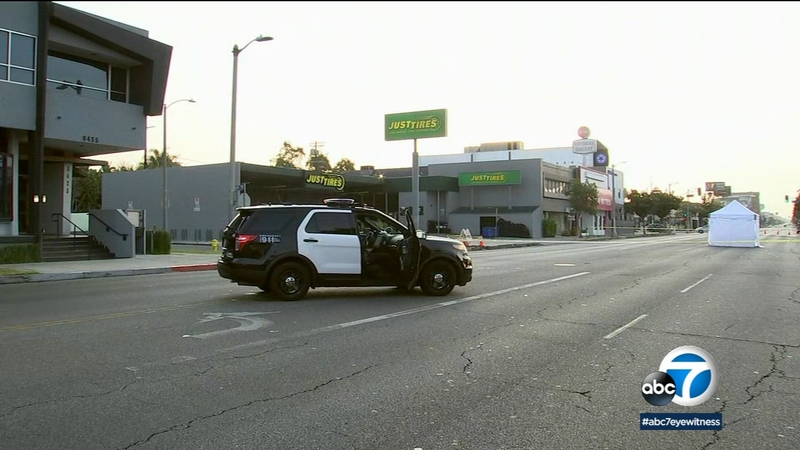 The collision occurred about 2:20 a.m. as a white BMW was traveling eastbound on Beverly Boulevard, according to the Los Angeles Police Department. The vehicle struck a pedestrian who was walking southbound on Croft Avenue in an unmarked crosswalk, investigators said.

"The impact caused the pedestrian to travel in an eastbound direction and collide with the roadway," and LAPD statement said. "The driver of the white BMW continued driving eastbound failing to stop, render aid, and/or identify themselves as required by California law."

Los Angeles Fire Department paramedics responded to the scene, where the victim, identified only as an Arizona resident, was pronounced dead.

Anyone with information about the crash is urged to call LAPD West Traffic Division detectives at (213) 473-0234.


A reward of up to $50,000 is available to tipsters who provide information that leads to "the offender's identification, apprehension, and conviction or resolution through a civil compromise," police said.