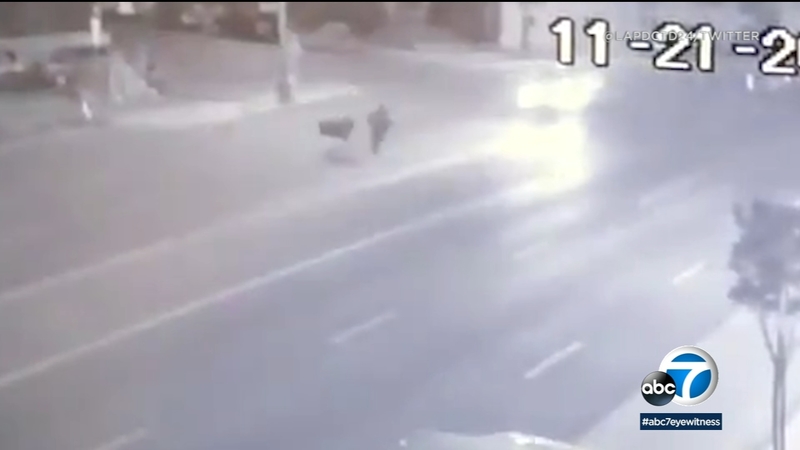 LOS ANGELES (KABC) -- Police have found the car believed to be involved in a hit-and-run crash in the Westlake district, but they're still looking for the driver.

The crash was recorded on surveillance video. It shows the man walking across the street before getting hit. He was later found unconscious and taken to the hospital. He was badly injured.