Hit-and-run crash in Claremont leaves man in his 50s dead; driver at large 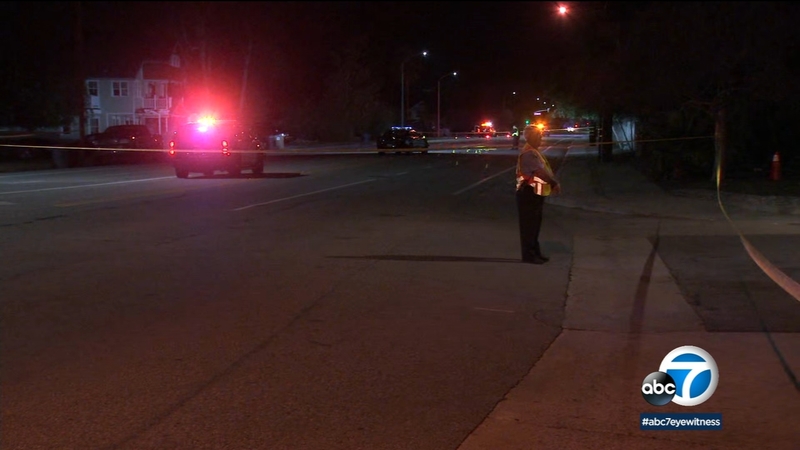 CLAREMONT, Calif. (KABC) -- A man in his 50s was killed Wednesday morning in a hit-and-run crash in Claremont, authorities said.

Los Angeles County firefighters discovered the victim about 2:30 a.m. in the 1600 block of Towne Avenue, according to the Claremont Police Department.

The Fire Department did not receive a call, "they actually were passing by and found the victim but we have no idea how long he had been in the street," police Sgt. David DeMetz told reporters at the crash site.

The victim was pronounced dead at the scene. His name was not immediately released.

A description of the vehicle and driver, who remained at large, were not available.

"We want that driver to do the right thing," DeMetz said, "and to come in to the Claremont Police Department so that we can find out what happened."