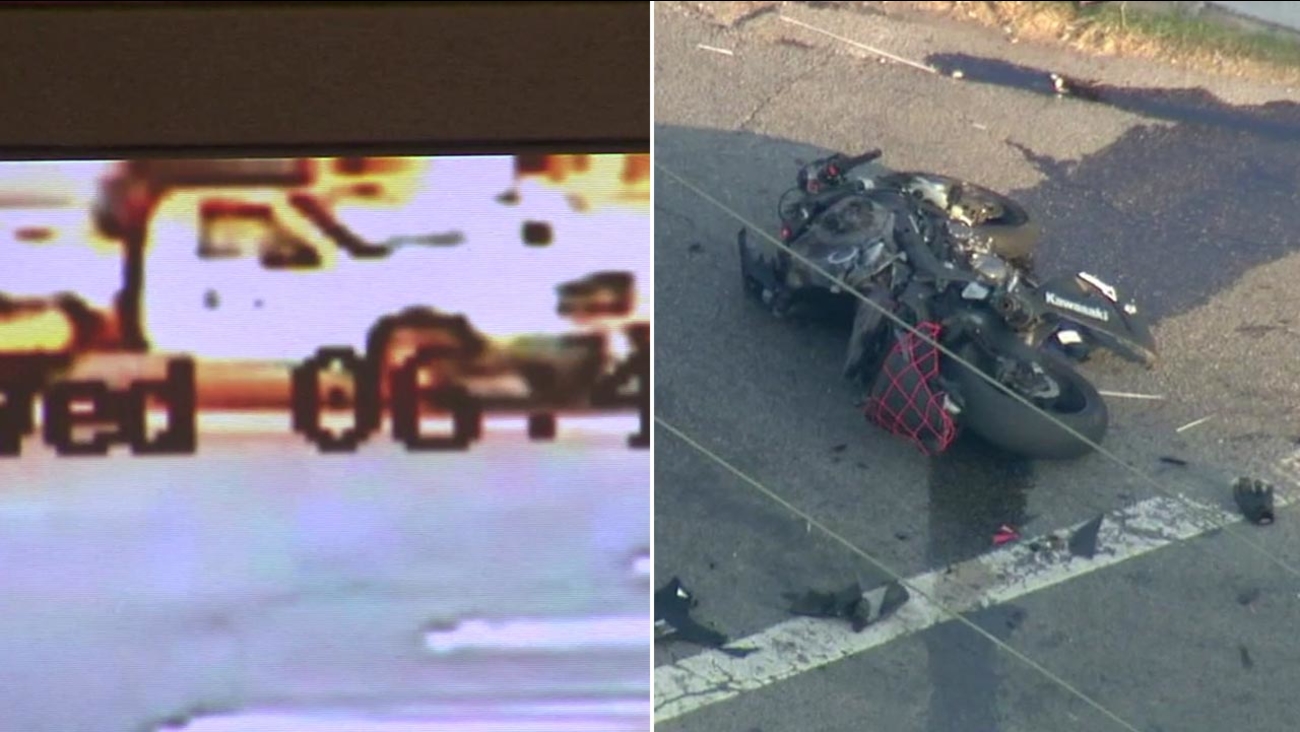 The driver of a white truck, seen in a still surveillance image, is wanted for hitting and killing a motorcyclist in Reseda on Wednesday, Aug. 24, 2016. (KABC)

RESEDA, LOS ANGELES (KABC) -- A driver who was sought in the hit-and-run death of a motorcyclist in Reseda early Wednesday turned himself in Thursday, police said.

The driver, identified as Pedro Ramos, 54, of San Fernando, was wanted in connection with a collision that happened around 7 a.m. Wednesday at Vanowen Street and Tampa Avenue.

The motorcyclist was identified by the coroner's office as Erwan John Edward McKeown, 19, of Agoura Hills.