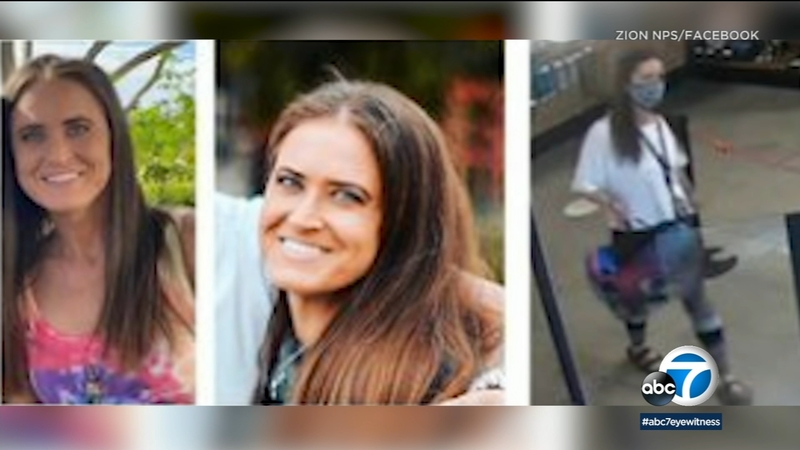 WOODLAND HILLS, Calif. (KABC) -- A Woodland Hills mother, who had been missing for nearly two weeks, was found safe and alive Sunday at Zion National Park in Utah.

Holly Courtier, 38, had last been seen on Oct. 6. Officials said she was dropped off by a private shuttle bus at the Grotto park area within Zion National Park, and that she was scheduled to be picked up via shuttle bus the same day but never returned.

On Sunday, park officials announced that search and rescue crews found her within the park after rangers received a tip from another visitor that they had seen her in the park. Additional details were not provided and it's unclear why she never returned to catch her shuttle bus. She has been reunited with family.

Courtier's family, who had been desperately searching for her, said in a statement that they were "overjoyed that she was found safely."

"We would like to thank the rangers and search teams who relentlessly looked for her day and night and never gave up hope," the statement read. "We are also so grateful to the countless volunteers who were generous with their time, resources and support. This wouldn't have been possible without the network of people who came together."

They say she has lost weight and is covered in bruises as she recovers at a hospital.

"I was going to bring my sister home, and that was my only goal," said Jillian Oliver-Courtier, Holly's sister.

"I knew if anyone could do it, it was going to be her," Oliver-Courtier added. "She's such a fighter."