KABC
By Adrienne Alpert
LOS ANGELES (KABC) -- More than 150 costumes will be on display at the future museum of the Academy of Motion Picture Arts and Sciences in Los Angeles at Wilshire Boulevard and Fairfax Avenue.

This is the final showing of the exhibition, Hollywood Costume, presented by the Academy and London's Victoria and Albert Museum.

Deborah Nadoolman Landis, curator of the Victoria and Albert Museum, at first could not find a home for the exhibit.

"This is an L.A. story. This is Hollywood costume home," she said. "This is what I always wanted. I'm really overwhelmed."

Landis, whose own designs include "Raiders of the Lost Ark," set out to tell the story that costumes are more than just clothes.

Almost every iconic costume is part of the exhibit, from superheroes to Queen Elizabeth I in her various movie portrayals.

Designer Julie Weiss, whose credits include the movie "Frieda," loves seeing her costume set sitting near costumes from other films. She said the costume mix is a collection of strong characters.

The exhibit opens Thursday at the Wilshire May Company Building, which will be the future home of the Academy Museum in 2017.

The costume exhibit finishes off with one of the most famous and iconic pieces: A piece whose character is appropriately known for clicking her red ruby slippers and saying, "There is no place like home."

All of the iconic costumes will be on display until March 2, 2015. 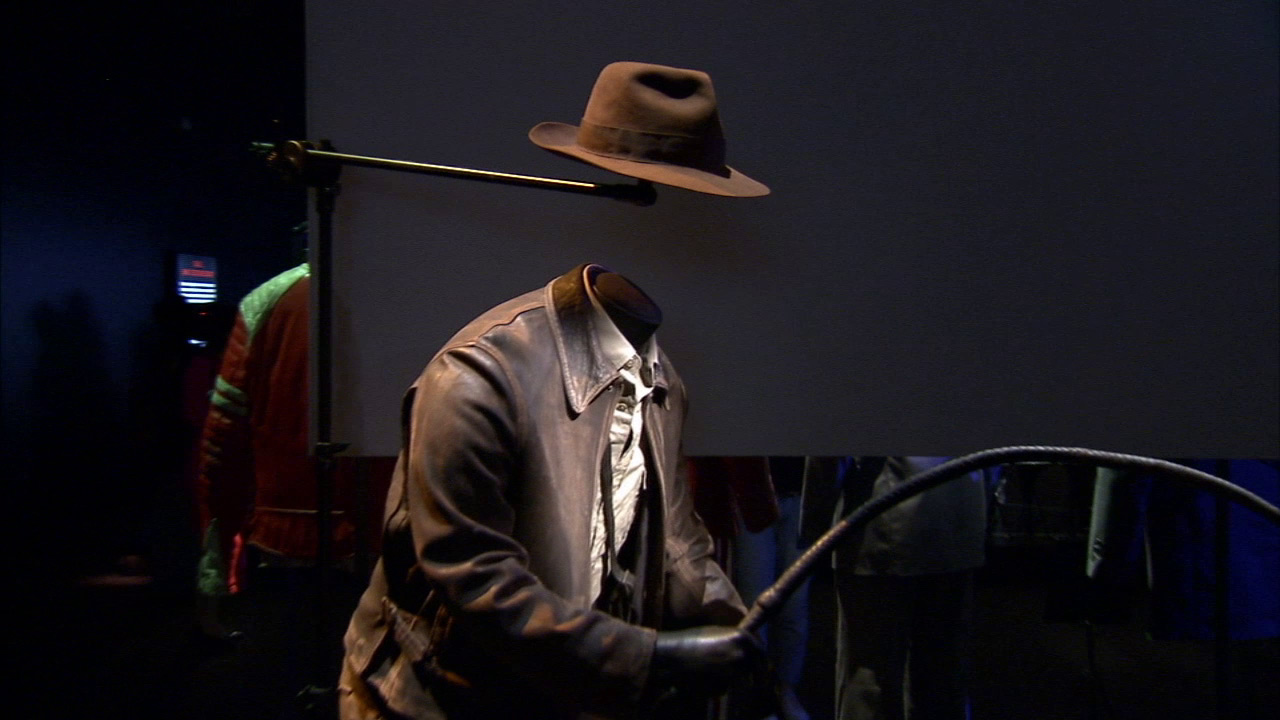 PHOTOS: Movie costume exhibit in Los Angeles
A collection of 150 costumes will be on display until March 2015 at an exhibit hosted by the Academy of Motion Picture Arts and Sciences. See photos!