The strike could enable union leadership to call some 52,000 "below the line" workers off the job.
City News Service 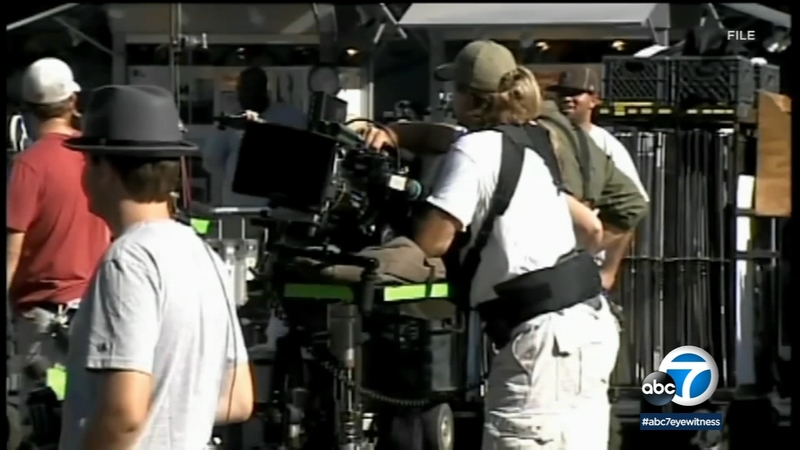 LOS ANGELES (CNS) -- Members of the International Association of Theatrical Stage Employees begin voting Friday on a strike authorization that could enable union leadership to call some 52,000 "below the line" workers off the job and potentially shut down many Hollywood film and television productions.

The vote, which Variety said is expected to pass by an overwhelming margin, would give the union's international president, Matthew D. Loeb, authority to call a strike as the union and the Alliance of Motion Picture and Television producers continue to wrangle over a range of issues relating primarily to work conditions but also to revenue growing out of streaming and other "new media."

Ballots are due to be returned by 9 p.m. Sunday, and results are expected to be announced Monday.

Authorization would not automatically mean a strike would occur, only that Loeb would have the authority to call a walk off if talks fail to move toward a resolution.

The union is fighting for better working conditions, including "reasonable rest'' between shifts, which can run 14 hours or longer.

According to the union, the AMPTP "has failed to work with us on addressing the most grievous problems in their workplaces.''

Among the issues, according to the union's website, are:


"After months of negotiating successor contracts to the Producer- IATSE Basic Agreement and the Theatrical and Television Motion Picture Area Standards Agreement, the Alliance of Motion Picture and Television Producers (AMPTP) has not made any counter offer to the IATSE's most recent proposal,'' the union reported on its website. "In response to the AMPTP's tactics, a nationwide strike authorization vote for members under these two agreements is underway, and eligible members are strongly encouraged to #VoteYES on Authorizing a Strike.''

On Thursday, Rep. Adam Schiff, D-Burbank, and Sen. Alex Padilla joined with 118 U.S. senators and House members in sending a letter to the AMPTP, urging the association to negotiate collaboratively and in good faith.

The letter called the union workers "the engines of the entertainment industry and creative arts'' and added they have played "an essential role in keeping film and television productions running throughout the COVID-19 pandemic, often at risk to their own health, safety and well-being.''

"The key issues in this negotiation, as we've come to understand them, are about worker dignity and basic human necessities,'' the letter said. "We are unified in our belief in the importance of living wages, sustainable benefits and reasonable rest periods between shifts and during the workday. We ask that the AMPTP negotiate collaboratively with these workers to reach a fair contract and address the basic human needs that will allow them to do their jobs safely and with dignity.''

The letter followed a Tuesday action by the Los Angeles City Council, in which four council members introduced a motion urging the AMPTP and the union representing skilled crew and craftspeople to bargain in good faith and come to an agreement.

"Workers have risked their health and safety for the last year and a half, working through the COVID-19 pandemic to ensure that the motion picture and television production industry emerged intact and who have worked day and night to return production to pre-pandemic levels,'' the resolution said.

It was seconded by Councilman Bob Blumenfield.

The council members added that the working conditions sought by the union are similar to the conditions that studios afford in Canada and Europe.

"If IATSE and AMPTP cannot come to an agreement and IATSE calls for a strike authorization vote of their members, that a strike would risk shutting down California state film and television production,'' the resolution said.

"The strike would impact not only all of the 13 IATSE Hollywood locals, but also locals across the state that together represent 52,000 working women and men who live in our state.''

The resolution called on the parties to bargain in good faith and come to an agreement that addresses safety concerns, but a vote was not immediately scheduled.