1 dead, 3 others wounded in shooting at Mother's Day party near Hollywood Walk of Fame 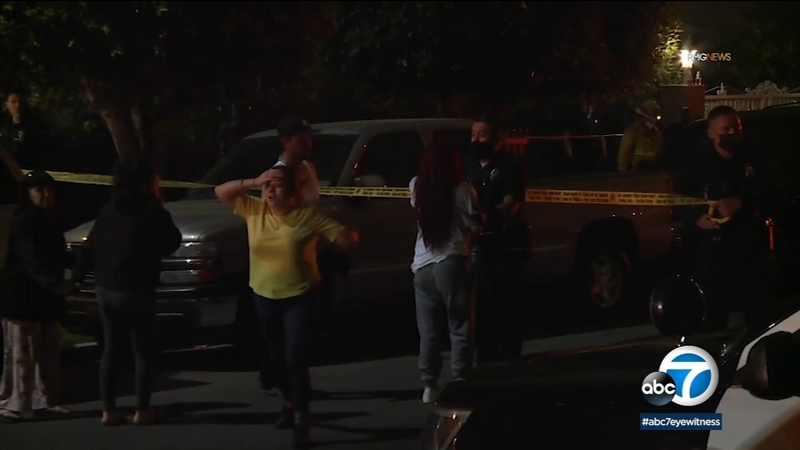 HOLLYWOOD, LOS ANGELES (KABC) -- An investigation was underway Monday in the heart of Hollywood after two men walked up to a Mother's Day party and began shooting into the large crowd, leaving one man dead and three others hospitalized, police said.

Los Angeles police officers responded to the 6100 block of W. Afton Place around 10:10 p.m. Sunday after hearing "numerous shots fired," the department said in a statement.

About 30 to 40 people were celebrating Mother's Day at the house party across the street from Gower Sunset Studios when the suspects opened fire. One of the guests at the gathering fired back at the gunmen, authorities say.

Officers found four men -- ages 29, 34, 35 and 50 -- suffering from gunshot wounds. One of the men was pronounced dead at the scene, and three others were transported to local hospitals, including one who remained in critical condition Monday morning. Police say most of the victims belong to the same family.

The identity of the deceased victim is being withheld pending notification to the next of kin, police say.

The suspects fled on foot and remain at large, according to police. A motive is unclear.

"The most egregious thing you can do - indiscriminate fire into any kind of party," said LAPD Lt. John Radtke. "This is a very urban, occupied area and it puts the whole community at risk, even babies inside of a house. So yeah, this is a terrible, terrible crime."

Police say the crowd became unruly and most witnesses left without providing any information to police. It is unclear if the shooting is gang related, police say.

Detectives remained on scene late Monday morning, where blood was splattered across a parked car and shell casings were scattered across the street. An investigation is ongoing.