Six in custody for unauthorized changes to Hollywood sign 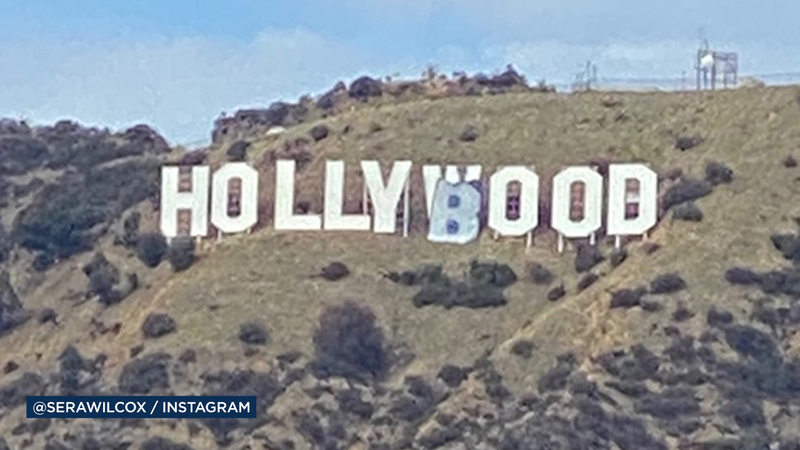 It appeared the letters on the sign were altered to read "Hollyboob."

The alterations were not permanent and park rangers quickly restored the sign to its normal status.

A few hours ago, a group attempted to vandalize the Hollywood sign. Los Angeles landmarks are precious to those of us @LAPDHollywood and this was way uncool (not to mention the terrain is quite steep & dangerous). Hollywood patrol officers have arrested all six individuals.

Park rangers removed changes to the Hollywood sign that made it read "Hollyboob."

The sign is protected with gates and sensors and entering the property is considered trespassing.

Trespassers have managed to alter the sign on a few occasions in the past, including changing it to read "Hollyweed" in 2017 and "Holywood" for a visit by the pope in 1987.

YouTube prankster Vitaly Zdorovetskiy climbed the Hollywood sign and waved a banner as part of a stunt.