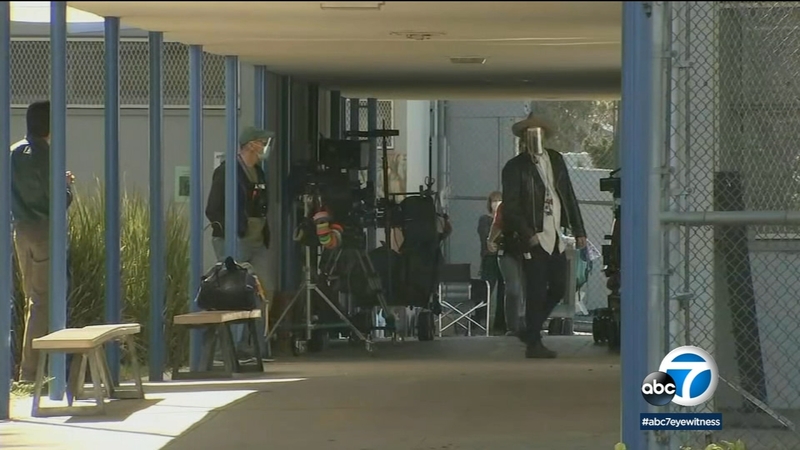 LOS ANGELES (KABC) -- By a nearly unanimous margin, workers in the television and film industry voted to authorize a nationwide strike that could shut down productions, officials announced Monday.

The International Alliance of Theatrical Stage Employees (IATSE) represents some 52,000 "below the line" workers who could go on strike if an agreement is not reached with the Alliance of Motion Picture and Television Producers (AMPTP).

Ninety percent of eligible voters cast their ballots Sunday and more than 98% of them voted yes. However, the vote in favor does not automatically trigger a strike. It only authorizes leadership to call a strike if negotiations fail.

Adequate rest breaks, low wages and earnings from streaming projects are among the issues.

"The members have spoken loud and clear," IATSE International President Matthew Loeb said in a statement. "This vote is about the quality of life as well as the health and safety of those who work in the film and television industry. Our people have basic human needs like time for meal breaks, adequate sleep, and a weekend. For those at the bottom of the pay scale, they deserve nothing less than a living wage."

The talks involve 13 local Hollywood unions that include workers such as costumers, grips, script supervisors, technicians and other positions.

"We deeply value our IATSE crew members and are committed to working with them to avoid shutting down the industry at such a pivotal time, particularly since the industry is still recovering from the economic fallout from the COVID-19 pandemic," AMPTP said in a statement after the results of the vote were announced. "A deal can be made at the bargaining table, but it will require both parties working together in good faith with a willingness to compromise and to explore new solutions to resolve the open issues."