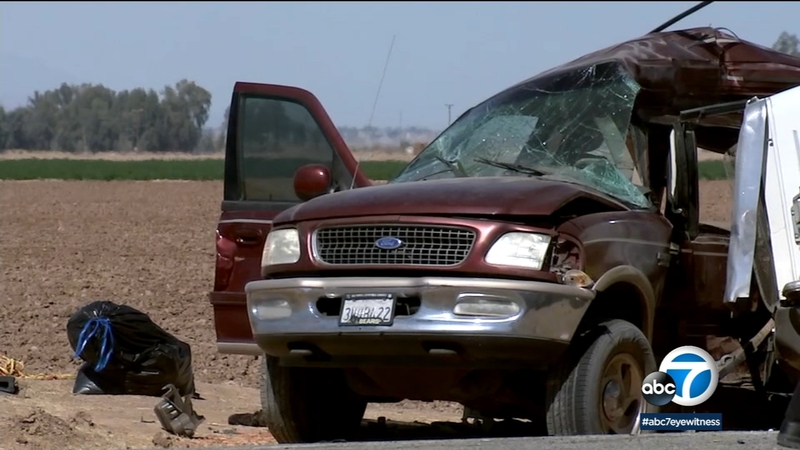 HOLTVILLE, Calif. (KABC) -- Authorities are investigating whether human smuggling was involved when an SUV packed with 25 people slammed into a tractor-trailer in a remote Imperial County desert on Tuesday, killing the driver and 12 passengers near the Mexican border.

The National Transportation Safety Board was expected to meet Wednesday with the California Highway Patrol amid growing evidence that the group was being smuggled into the country.

Seats of the 1997 Ford Expedition were removed, making room for more people. The SUV, which would typically seat eight to nine people legally, collided with an empty tractor-trailer on Highway 115 at Norrish Road in Holtville -- located about 125 miles east of San Diego and about 15 miles north of the Mexico border.

The area became a major route for illegal border crossings in the late 1990s after heightened enforcement in San Diego pushed migrants to more remote areas.

Thirteen people were killed and about a dozen others were seriously injured after an SUV carrying 25 people collided with a big rig in Imperial County Tuesday morning, according to officials.

The Border Patrol on Wednesday said that the thirteen people killed were among more than 40 migrants who entered the country through a hole cut into Southern California's fence with Mexico.

Surveillance video showed a Ford Expedition and Chevrolet Suburban drive through the opening early Tuesday, Gregory Bovino, the Border Patrol's El Centro sector chief, told The Associated Press. It is believed they were part of a migrant smuggling operation. 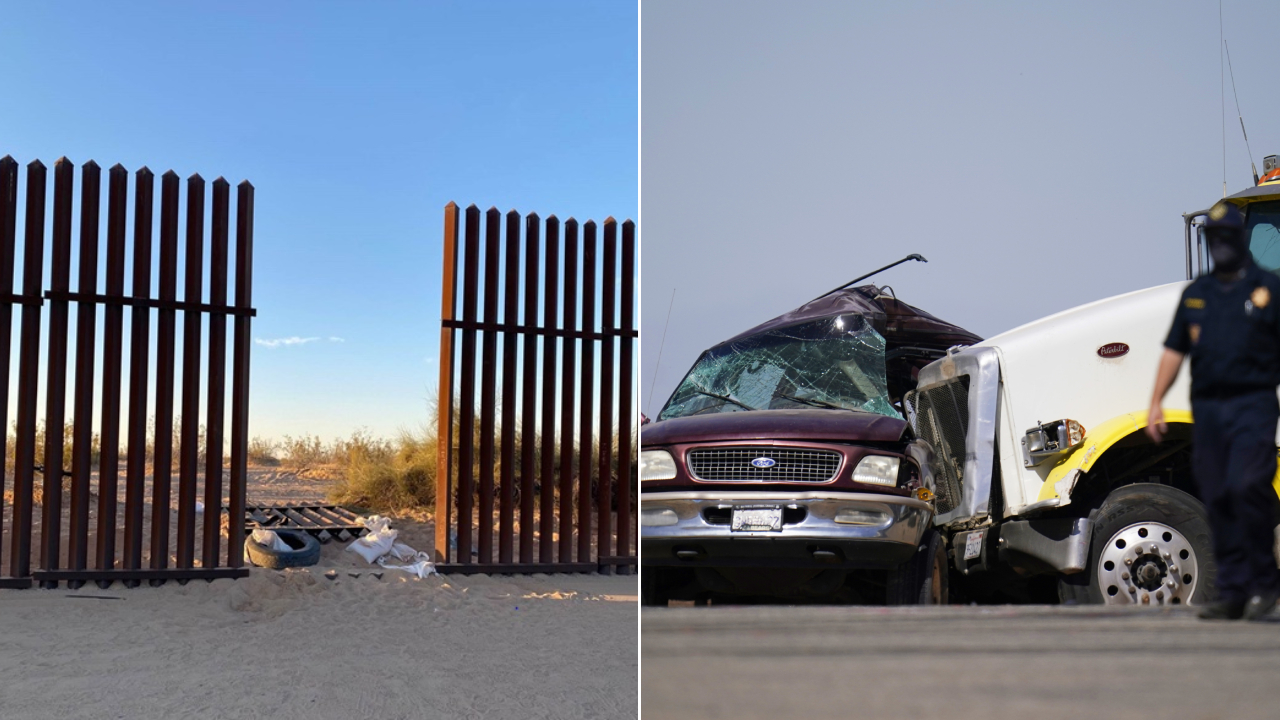 Law enforcement officers work at the scene of a deadly crash in Holtville, Calif., right, on Tuesday, March 2, 2021.

The Suburban carried 19 people, and it caught fire for unknown reasons on a nearby interstate after entering the U.S. All escaped the vehicle and were taken into custody by Border Patrol agents.

The Expedition crammed with 25 people continued on, and a tractor-trailer struck it a short time later.