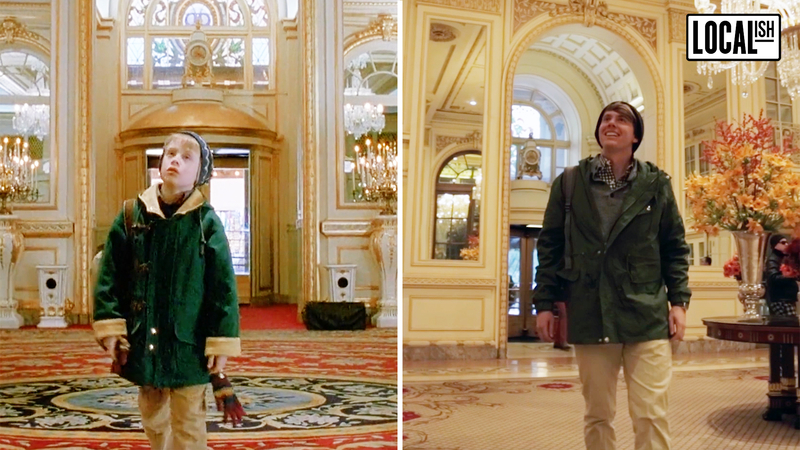 NEW YORK -- A lot has changed in the 30 years since Kevin McCallister got lost in New York during the holidays. Michael Koenigs ventured to the Plaza Hotel to reenact some of our favorite Home Alone 2 scenes.

Since the film's premiere, gone are the days of Kevin's Talkboy and VHS tapes while the location of Duncan's Toy Chest, based on the F.A.O. Schwarz toy store, is now an Apple store.

The day consisted of pranking the concierge with audio of Kevin mimicking his father's voice in order to get a room, trying to find the pool, and visiting the Royal Plaza Suite, one of the most expensive hotel rooms in New York City at $40,000 a night.

When visiting the luxurious Royal Plaza Suite, Koenigs devoured an ice cream sundae that was served to him in bed, just like Kevin did.