2 of 4 suspects arrested after robbery at Home Depot in Lakewood are teens, LASD says

The theft comes as similar tools have been used in a number of smash-and-grab robberies at high-end stores.
KABC 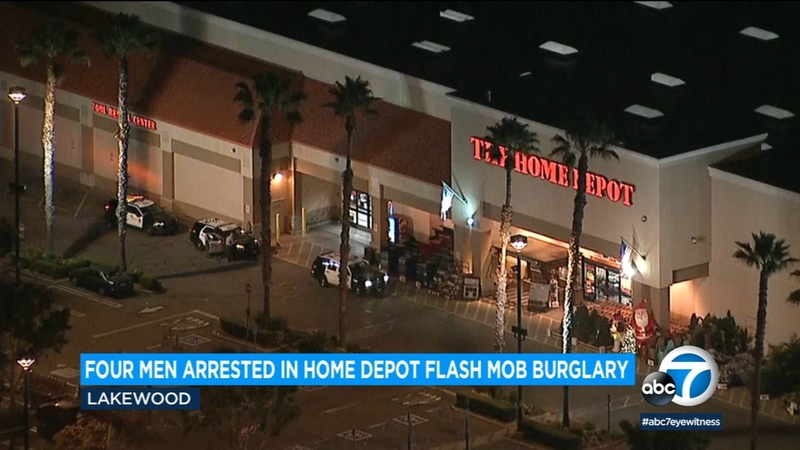 LAKEWOOD, Calif. (KABC) -- Four suspects who were taken into custody after as many as 10 thieves targeted a Home Depot in Lakewood have since been charged and identified. According to investigators, two are teenagers.

The incident happened at 8 p.m. on Friday.

According to investigators, the thieves took a variety of tools, including sledgehammers and crowbars, and took off after getting into a getaway car that was parked outside.

The four suspects were taken into custody early Saturday morning during a traffic stop conducted by Beverly Hills police.

They have all been charged with conspiracy to commit burglary and are being held on a $20,000 bond.

DeHughes is being medically treated before he is booked, according to LASD.

They're all expected back in court on Tuesday, Nov. 30.

The theft comes as similar tools have been used in a number of smash-and-grab robberies at high-end stores in several major US cities this month.

At least 18 people broke into a Nordstrom department store in Los Angeles Monday night and stole thousands of dollars in merchandise, the city's police chief said. Similar crimes have been reported in the San Francisco Bay Area, Chicago, and other cities.

The CNN Wire contributed to this report.