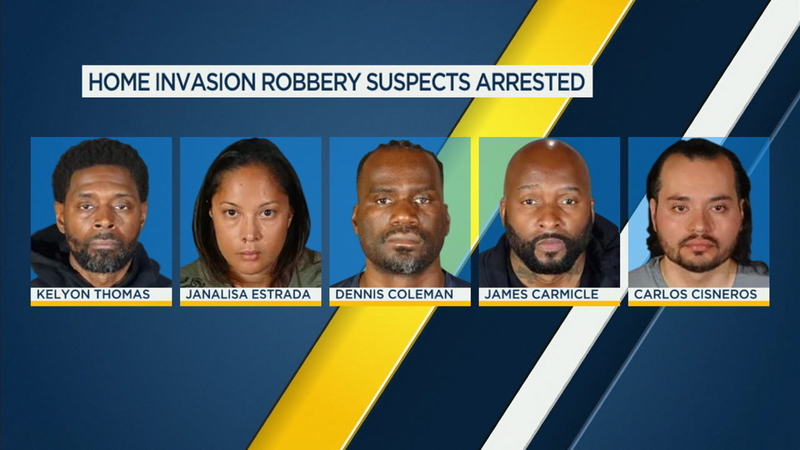 LOS ANGELES (KABC) -- Members of an alleged robbery crew who police say hit homes all across Los Angeles County are now in custody.

Investigators believe the suspects are part of a South Los Angeles-based gang.

Officers arrested the suspects last week and prosecutors this week filed 60 felony counts against the group -- most of whom have prior convictions for robbery.

Five of the suspects face a range of multiple felony counts, including home invasion robbery, false imprisonment by violence and assault with a firearm.

If convicted of all charges, the suspects could face sentences ranging from 9 years to 196 years to life in state prison.

Bail for the defendants was set ranging from $1 million to $9 million.

The Palos Verdes Estates Police Department investigated the case and identified the suspects, with assistance from Torrance police.