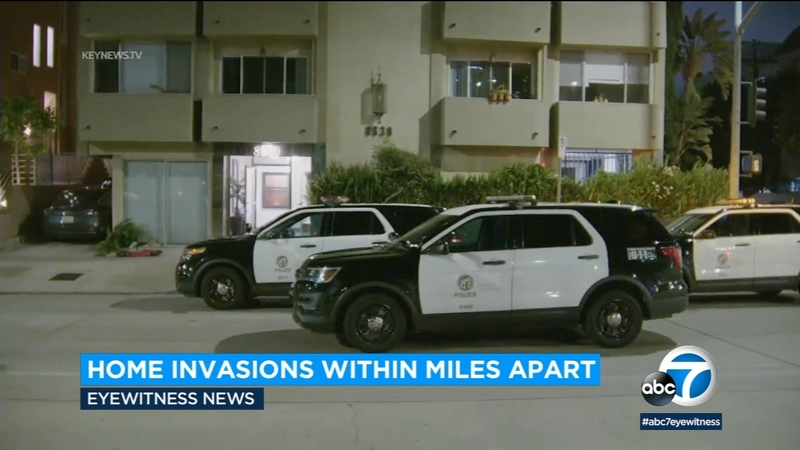 One of the incidents happened around 1:30 a.m. Wednesday on Burton Way near La Cienega Boulevard in the Beverly Grove neighborhood of Los Angeles.

The victim in that incident, self-described as an actor, producer and social media influencer, told Eyewitness News that he believes he was targeted.

Enzo Zelocchi said he was sitting in his living room checking emails when two suspects dressed in black broke down his door.

"I was already with my gun behind the door because I had the closet over there where I kept one of my guns... I shot twice and they ran like bunnies," he said.

Another home invasion was reported about 90 minutes earlier on Butler and Mississippi avenues - roughly five miles away in West L.A.

Two people were home when multiple suspects armed with guns broke in, but they were not hurt. Police say the armed suspects got away with watches and other items.

So far, no arrests have been made in either case and they do not appear to be connected. A description of the suspects were not available.