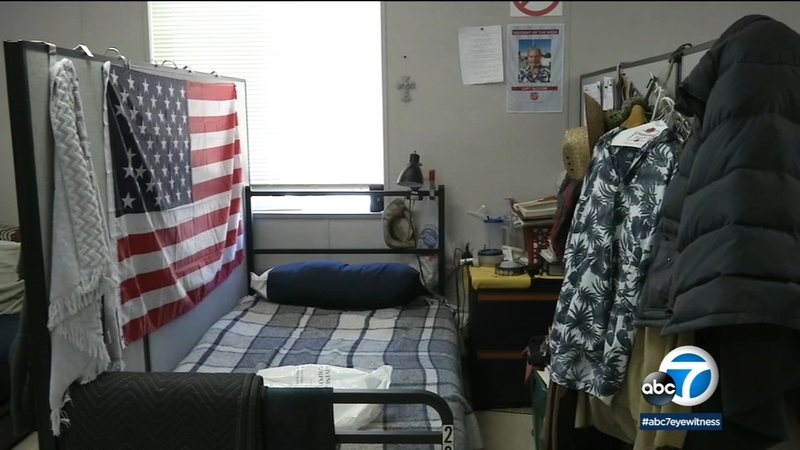 ANAHEIM, Calif. (KABC) -- Back in 2017, there were about 2,000 people living along the riverbed by Angel Stadium, making it one of Orange County's largest homeless encampments.

Once that area was cleared out, smaller encampments popped up, and the City of Anaheim says the homeless count dropped to under 800 just about a year ago.

"We had a park on the west side of our city with 60 tents. It had a huge impact on the neighborhood, the library, the park itself," Lyster said.

However, after opening three shelters in the past year, the city says there are now just about 300 people who are homeless. One of the shelters is the Anaheim Emergency Shelter, which has 224 beds and is operated by the Salvation Army of Orange County.

"We've gotta be creative. We've gotta be innovative. And we cant do what we've always done in this space," said Nesan Kistan, a captain with the Salvation Army of Orange County.

After the city recently approved funding, they plan to expand, adding over 100 beds by June. Investments like this have helped the city clear inhumane encampments and get hundreds off the streets, like Erica Zamarripa, a mother who became homeless after suffering from drug and alcohol abuse.

"It's good to wake up in a warm bed and warm place, shelter, have food three times a day, have clean water. It's amazing here," she said.

Zamarripa is close to graduating from rehab and is in the process of getting her kids back.

Meanwhile, Gary Blocker has been able to start getting back on his feet in hopes of returning to permanent housing.

"I turned my life around. I got clean, I got back to church and I gave my life back to God, and immediately things have turned around for me and this has been four months," Blocker said.

Former resident John Nikolewski is a veteran who found himself on the streets after getting addicted to pain medication. Two weeks ago, he found permanent housing.

"I think that's what places like this give, is a little bit of hope and then after that it's up to you. Either get busy living or get busy dying," he said.

The city's also working with the Salvation Army on a more long-term solution - the Center of Hope, which will be a one-stop-shop for services and housing coming in 2022.