The tent city that has sprung up around the Westside Veterans Affairs campus will one day include 1,600 units of permanent housing for veterans.
KABC 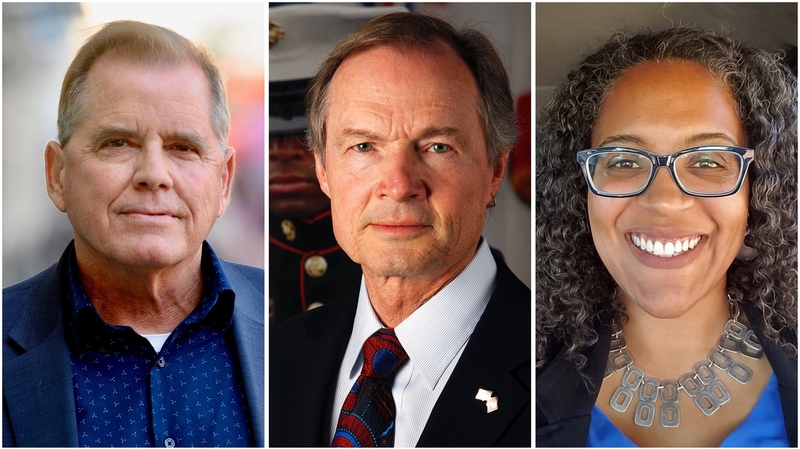 The tent city that has sprung up around the Westside Veterans Affairs campus will one day include 1,600 units of permanent housing for veterans.

On Eyewitness Newsmakers, CEO of U.S. Vets Stephen Peck said groundbreaking on the 10-year project should start at an appropriate time this year.

"We plan to break ground on the first building, hopefully, November, around Veterans Day," Peck said.

The project will include more than housing as the old buildings are restored.

"We will not only provide the housing, we will provide a whole range of services there," Peck said.

"It will really become a center for veterans in Los Angeles that can not only house veterans who are homeless, but prevent many others from becoming homeless. That's the goal," Peck said.

As Los Angeles headed into the July 4th holiday, there are still 4,000 homeless military veterans who served and sacrificed living on L.A. streets.

A number have formed a tent city on and off the Westside V.A. property. Peck said while the V.A. is trying to help, some vets remain mistrustful.

"I've walked along that tent city and talked to a number of those veterans, and some of them are very cynical," he said. "They have been disappointed before. And so they're outside that fence, because they at this point they don't trust people to help them, and sort of as a protest to the, to the V.A. The VA has created a tent city inside the grounds and are providing a case management and meals there and sanitation during this pandemic."

For physical distancing, shelters are forced to cut their populations by 50% for physical distancing. Bales said there must be more creative ways to expand emergency housing than expensive permanent supportive housing. The latest homeless count in L.A. County puts the population at 66,433, nearly a 13% increase over last year.

"We have 50% of the capacity that we used to have, and that's likely true of the other mission. So we are likely 7,000 down in shelter capacity," he said.

Bales added, "If all have reduced by 50% with the additional 7,000 beds now that are being added to get people out from under the bridges where it's dangerous with fumes and people getting hit by cars. That's just the breakeven number. We're really having a hard time assisting all of the people that are devastated on the streets, and unless we start taking urgent measures we will just fall further behind."

The San Fernando Valley's largest poverty relief organization is responding to a more than 300% increase in the need for food in this COVID crisis.

Meet Each Need With Dignity started in 1971.

Janet Boafo, a board member of MEND, said the line for emergency food supplies stretches a mile long.

"We pride ourselves on being able to provide nutritious meals to families, and so when people come to our location, we are unique in that we're a food pantry and we're a food bank," Boafo said.