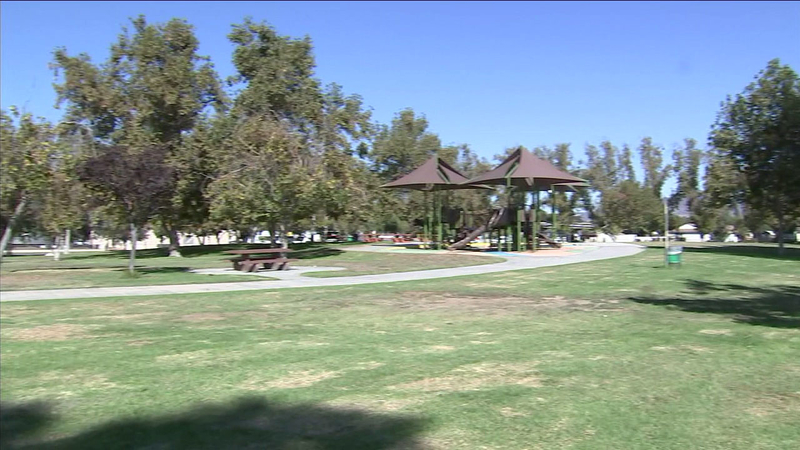 MISSION HILLS, LOS ANGELES (KABC) -- Two homeless people, a man and a woman, were sleeping in Devonwood Park, when police said the pair was doused with a liquid and suddenly felt their faces burning.

"We believe the chemical was acid-based. It caused severe burns to the face and to the arms and she is being treated by the USC burn center," said Lt. Joseph Kalyn, from the LAPD Mission Division Station.

Police said the man who was also doused with the liquid looked around and didn't see anyone. His burns were less severe and he was released from the hospital.

Yazmin, who is also homeless, spends a lot of time in the park and said she doesn't feel any danger.

"No, it's really safe here. I didn't see anything...I think I've had maybe verbal discussions twice and I've been here for a while," she said.

The victims told police they've been attacked before in the same park but with a different liquid, possibly bleach. Those incidents, however, weren't reported.

"Yes, we're looking at it if this is geared toward the fact that they're homeless, we have not had any similar incidents here in the Mission area or in the San Fernando Valley," Kalyn said.

Residents said the area is a popular park to run or walk a dog and said it's always appeared safe.