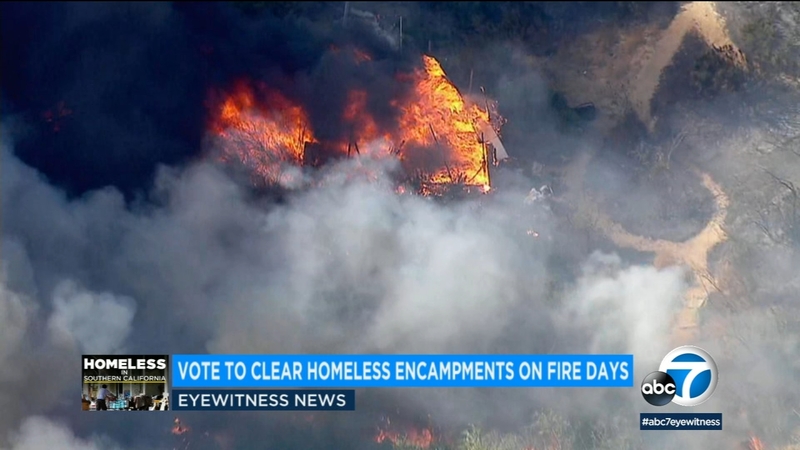 Under the proposed ordinance, people who refuse to leave a high-risk area when ordered to do so could be charged with criminal trespassing. The ordinance also proposes that homeless people who are moved out of the encampments will get supportive services and resources to help them get off the streets permanently.

In late July, a brush fire burned seven acres and destroyed some homeless encampments in the Sepulveda Basin. About 100 homeless individuals who had been living in the area were displaced.

Another factor under consideration is where the homeless would be moved after they are ordered to leave. The city is working with the Los Angeles Homeless Services Authority to address the issue.

The council's public safety committee has recommended the approval of the ordinance.