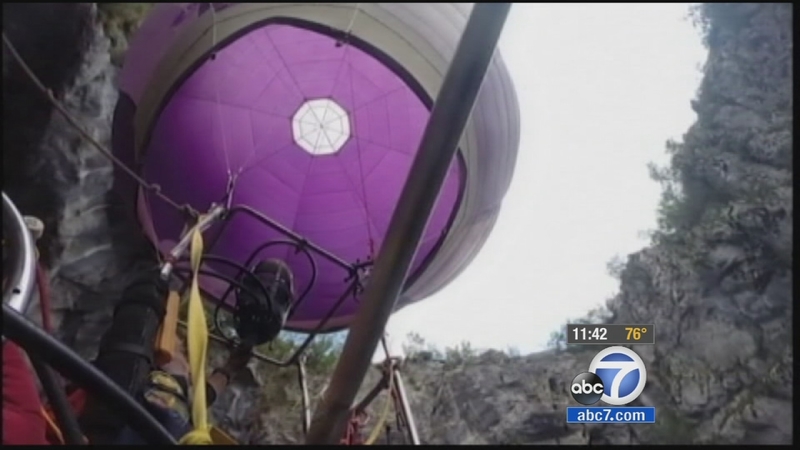 An Australian hot air balloon pilot succeeded in flying a balloon deep underground a cave in Croatia, a feat he believes is a world first.

On Sept. 18, Ivan Trifonov, 70, descended into Mamet Cave on Velebit Mountain in Croatia, and managed to come back up about 25 minutes later.

Using a specially designed balloon for the stunt, Trifonov was able to navigate the cave, which is 675 feet deep and 200 feet wide at the top. Instead of a basket Trifinov sat in a small steel frame, perched above twin
gas tanks.

Trifonov filmed the stunt from multiple angles and is expected to submit it into the Guinness Book of World Records. If accepted, it would be Trifonov's fifth world record.

"It was very hard and I don't think anyone else will ever repeat this venture," he said.

Trifonov has also previously flown a hot air balloon over the South Pole.