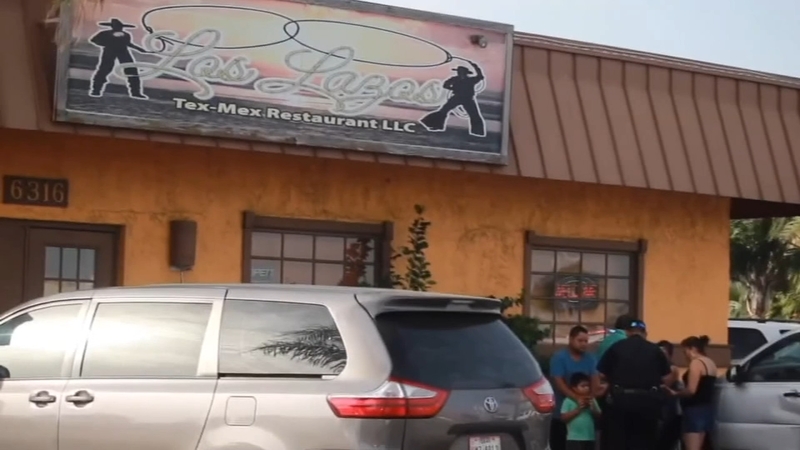 GALVESTON, Texas -- An 18-month-old boy has died after being left in a hot car for 5 hours outside of a Texas restaurant, according to police.

The Galveston Police Department says at around 11 a.m., the boy's father arrived for work at Los Lazos Mexican restaurant, located at 6316 Stewart Road, and left the child in the car.

Authorities say the father returned to the car around 4 p.m. and found the child to be unresponsive.

First responders immediately began treating the child when they arrived and later sent him to the University of Texas Medical Branch in Galveston.

Police say the boy was pronounced dead at the hospital after all avenues of treatment were exhausted.

As of this time, no charges have been filed against any member of the family. The investigation, however, is still ongoing.
Report a correction or typo
Related topics:
texaschild deathhot caru.s. & worldchild left in car
Copyright © 2022 KTRK-TV. All Rights Reserved.
TOP STORIES
3 deaths reported after Amtrak train traveling from LA derails
At least 46 bodies found in 18-wheeler in San Antonio
Roe decision will send more women seeking abortions to LA, study says
LAPD breaks up multiple street-racing takeovers this weekend
Mysterious lights spotted in sky over San Diego
Video: Giuliani slapped on back inside supermarket, worker arrested
4th of July fireworks in Southern California: Where to watch
Show More
Los Angeles may keep al fresco dining post-pandemic
Abortion protections to be on California ballot in fall
Azusa neighborhood evacuated after cache of illegal fireworks found
Tax refunds for CA: Here's what's included in new relief package
'Only Murders in the Building' sees everyone as suspect in season 2
More TOP STORIES News