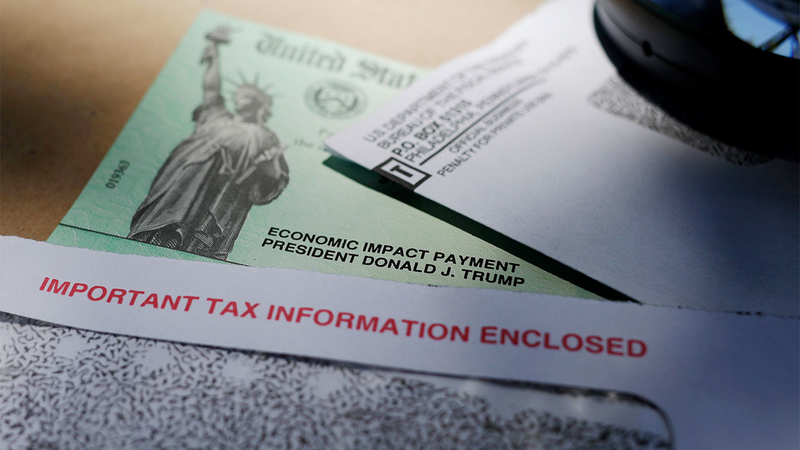 2nd stimulus check and other highlights of coronavirus HEROES Act

WASHINGTON -- President Donald Trump on Monday voiced support for a second round of stimulus payments for eligible Americans as part of the next coronavirus aid package.

Asked directly if he would "get (constituents) a second stimulus check," Trump said, "Yeah, we are."

He estimated that a bipartisan deal would be unveiled "over the next couple of weeks" but did not provide any further information.

Top Democrats such as Speaker Nancy Pelosi of California and Senate Minority Leader Chuck Schumer of New York are united behind the $3.5 trillion "HEROES Act," which contains party priorities such as jobless aid, another round of $1,200 checks and money for essential workers, local schools, colleges and people missing mortgages and rent payments.

Senate Majority Leader Mitch McConnell of Kentucky and other Republicans are opposed to the Democratic plan. But they are struggling with their own divisions, with more pragmatic lawmakers favoring aid to states and local governments and recognizing that additional jobless aid is inevitable if there is to be an agreement.

Republicans have set a goal of keeping the cost of the next bill below $1 trillion. That's going to be a hard sell for Pelosi, who devoted almost $1 trillion just to states and localities.

This video explains why your missing coronavirus stimulus money could be still on the way in a different form.