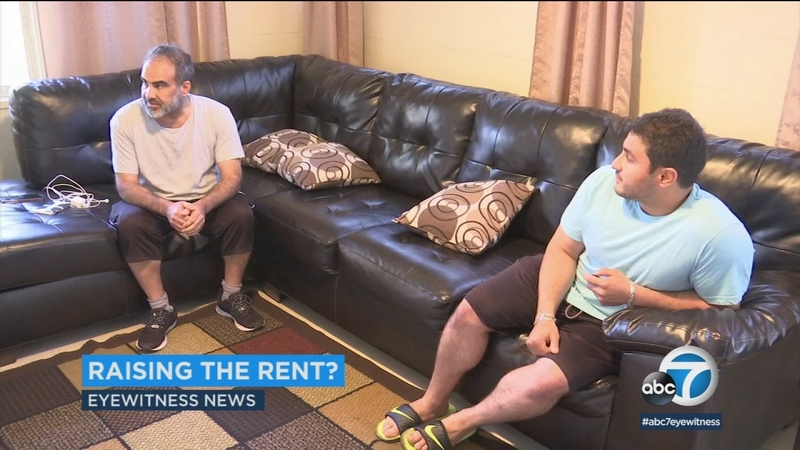 PACOIMA, LOS ANGELES (KABC) -- Ali Alshuailat and his family have lived in the San Fernando gardens housing project in Pacoima for 10 years.

Their rent is 30 percent of their income, but a proposal by the Trump administration would raise their rent by 5 percent.

"Going up five percent is not a compassionate way because a lot of people here, it's really hard for them to make it a day. They go day by day. And these people want to come in and raise it," said Alshuailat.

Paula Henriquez is a single mom raising five kids who says she depends on her low rent to provide for her family.

"I had to look for another job because it's really hard. I need the money for my babies too and I have to pay a babysitter too. It's too much money," said Henriquez.

The poorest families currently pay $50 in rent a month. If this proposal passes Congress, that would rise to $150 a month.

"Every year it takes more money, millions of dollars more to serve the same number of households. Our budget continues to grow just to keep pace. It's widely accepted that only one in four families who need and qualify for HUD programs actually receive housing assistance," said Dr. Ben Carson, the secretary of Housing and Urban Development.

In a conference call with reporters, Carson said his proposal, which has to be passed by Congress, would encourage the 4.5 million who benefit from HUD programs to look for higher-paying jobs.

"The administration and secretary place a lot of blame on poor people for their predicament in life. The poor people here who are working hard, paying rent, they're going to be the ones who are going to be suffering the most," said Azadeh Hosseinian with the Housing Rights Center.

Hosseinian said they plan to fight the increase.