Another case of monkeypox confirmed in US; patient had recently traveled to Nigeria, CDC says 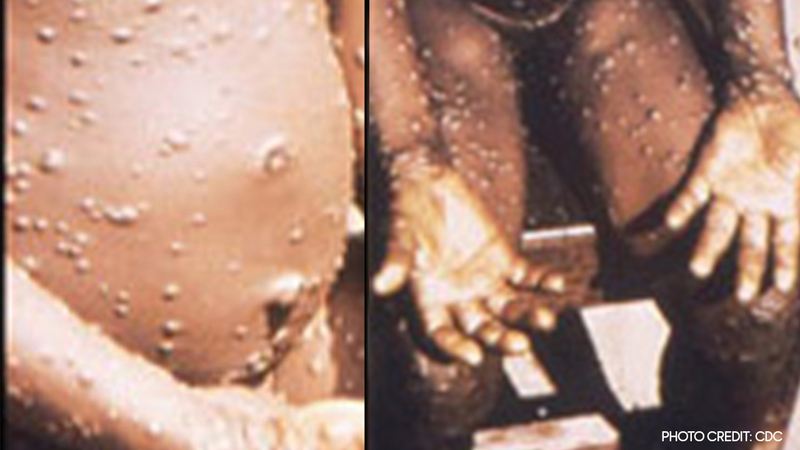 A second case of monkeypox has been confirmed in the United States - this time in a person in Maryland.

The patient, who is said to have mild symptoms and in recovery, recently returned from Nigeria.

Earlier this year, another person who had also traveled to Nigeria was hospitalized with the illness in Texas.

Health officials say the general public does not need to take any special precautions.

The Centers for Disease Control and Prevention is working with their international counterparts, the airline, and local health officials to reach out to anyone who may have been in close contact with the patient.

However, they believe there was a low risk of the virus spreading at the airport because of current COVID-19 health protocols.

Monkeypox is in the same family of viruses as smallpox but causes a milder infection. The CDC says it's a rare but potentially serious viral illness that typically starts with a flu-like sickness and swelling of the lymph nodes.

It progresses to a rash on the face and body. Most infections last two to four weeks.

Monkeypox was first discovered in 1958 when two outbreaks of a pox-like disease popped up in colonies of monkeys kept for research, the CDC says.

The first human case of monkeypox was recorded in 1970 in the Democratic Republic of Congo. Since then, monkeypox has been reported in humans in other central and western African countries.