Back in 2015, the Los Angeles City Council passed one of the most stringent set of earthquake building rules in the country. Managed by the city's Department of Building and Safety, the rules require owners of so-called soft-story buildings to reinforce the structures within seven years.

Soft-story buildings are often referred to as dingbats or tuck-unders, that provide parking spaces on the ground level with housing above.

Many Southern Californians may remember that the Northridge Meadows Apartments, which collapsed during the 1994 Northridge Earthquake, had tuck-under parking. Sixteen people died in that complex alone. Overall the Northridge quake claimed 57 lives. 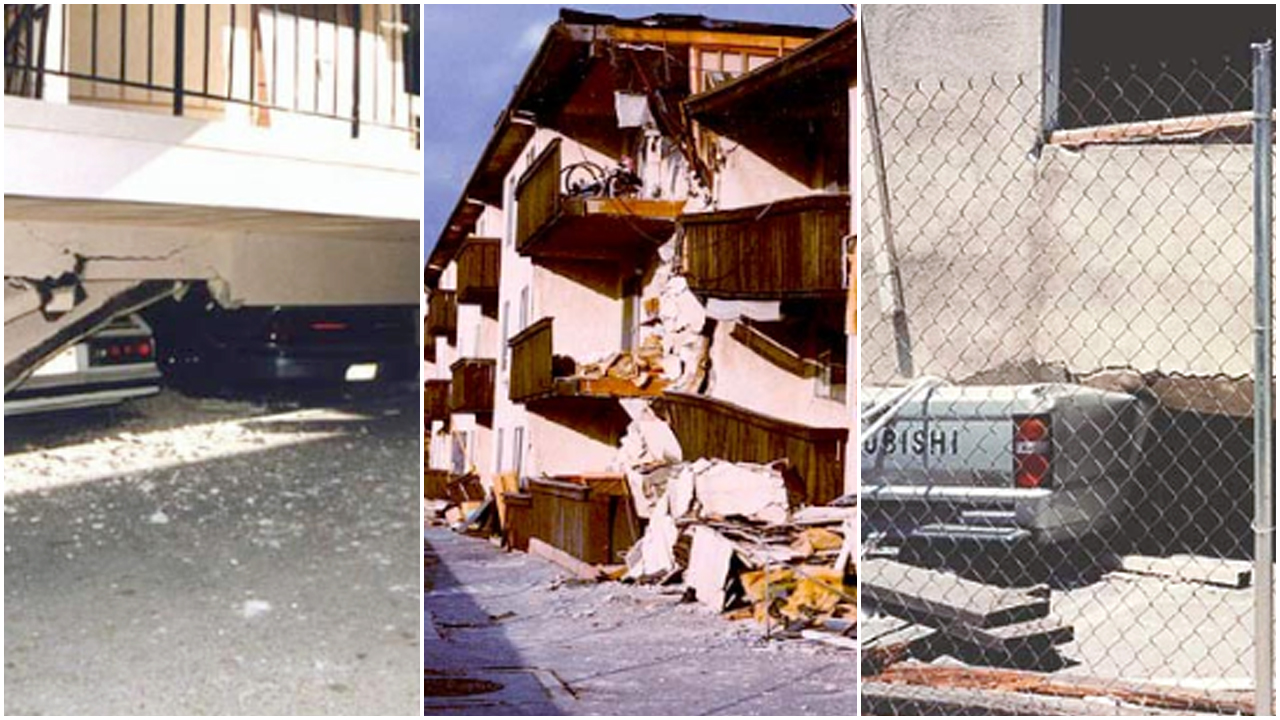 Examples of damage without a soft-story retrofit. Courtesy: City of Los Angeles Department of Building & Safety

"Northridge led to nothing," said Caltech seismologist Lucy Jones. "Nothing got changed!"

Jones has spent most of her life peering underground, trying to solve the mysteries of earthquakes. She's also peered under countless numbers of soft-story buildings, when she worked with Los Angeles officials to pass the retrofit regulations.

"They are a problem everywhere," Jones said referring to tuck-under buildings. "It's been recognized. We haven't built them since 1976."

But Eyewitness News reviewed records from the Department of Building and Safety showing there are still nearly 14,000 of these buildings in Los Angeles. And fewer than 2,000 of them have met the 2015 retrofit requirements. Roughly three years remain before the 2022 retrofit deadline, with three steps in the retrofit process, but approximately 400 of the buildings have not even fulfilled the first step and are deemed past due by the city.

This interactive map shows the addresses of approximately 400 apartment and condo buildings whose owners have failed to meet the first milestone in a seven-year mandatory retrofit program for "soft-story" buildings, which are at increased risk of collapse in an earthquake. Owners had two years to submit proof of a previous retrofit, or plans to retrofit of demolish. This map is based on information from the City of Los Angeles Department of Building and Safety and is current as of April 12, 2019.

"It's like a necessity because another Northridge wouldn't be good for anybody," said Steve Ferguson of Alpha Structural, a firm that specializes in earthquake reinforcement. Alpha now has 14 full-time crews working on soft-story retrofits.

Adly Hatour is a building manager for a nine-unit tuck-under apartment complex. He initially fought the soft-story reinforcement program, but quickly realized it wasn't going away. Crews are expected to finish his retrofit in early May.

Harvey Harrison owns three rental buildings in Venice and was stunned when the city first sent him a compliance order. He was only required to update two of his buildings but eventually decided to retrofit the third as well. The final tab for all three? About $200,000. Harrison calls it a good investment.

But paying for that safety is a big issue for some renters. Edward Breault lives in a Van Nuys complex that is out of compliance. He's afraid the cost of reinforcing the entire building will end up costing him.

"The place is nice and the rent is reasonable," Breault told Eyewitness News. "Now let's change the law, let's change this and now you've got where your rent goes up hundreds of dollars more. Somebody's got to pay for this!"

The city does allow building owners to recoup no more than half the cost of a retrofit through a rent boost. But it can't be more than $38 a month and it can't be charged for more than 10 years. 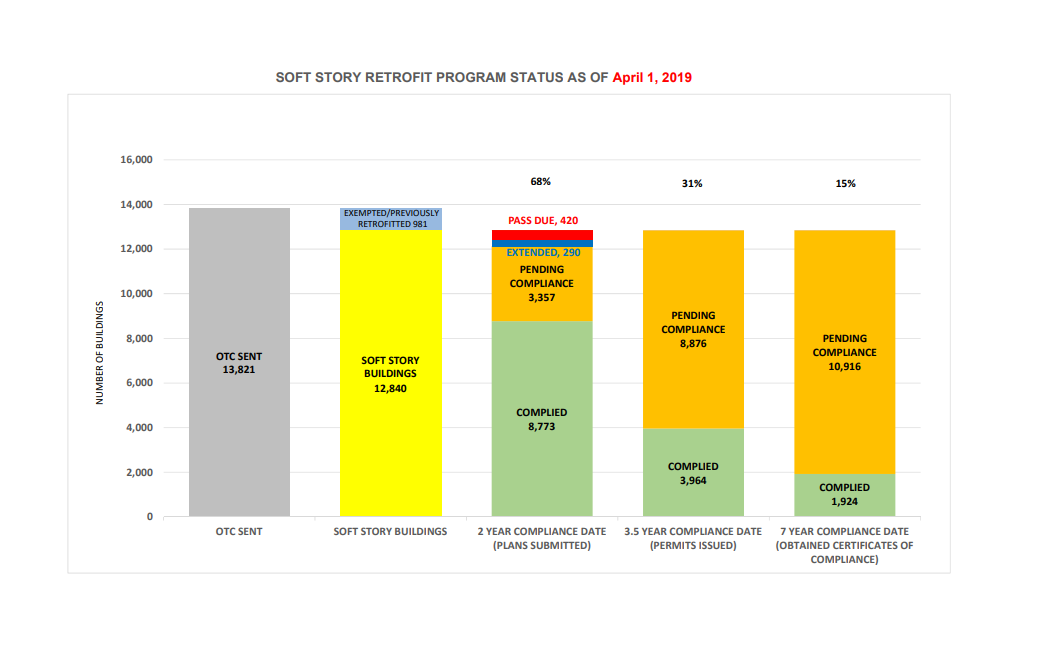 To Lucy Jones, having seen the devastation soft-story collapses leave behind, the retrofit pays off for everyone. And with three and a half years left before retrofit deadline, she hopes they come in time.

Click here to see the City of Los Angeles Department of Building & Safety spreadsheet of all apartment buildings that must comply with the mandatory soft-story retrofit program.

Click here to see the City of Los Angeles Department of Building & Safety spreadsheet of all condo buildings that must comply with the mandatory soft-story retrofit program.

Click here to see the City of Los Angeles Department of Building & Safety spreadsheet of approximately 400 apartment buildings and condos whose owners have not complied with the first milestone in a mandatory seven-year retrofit program for "soft-story" buildings, which are at increased risk of collapse in an earthquake. Owners had two years to submit proof of a previous retrofit, or plans to retrofit or demolish. These addresses were current as of April 12, 2019.