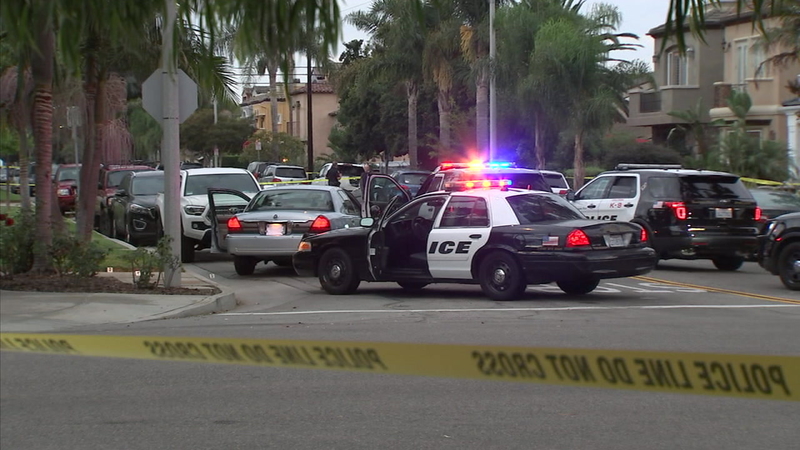 HUNTINGTON BEACH, Calif. (KABC) -- Huntington Beach police officers fatally shot a man and arrested a woman after a chase of a stolen vehicle ended with a foot pursuit early Thursday morning, authorities said, adding that a gun was recovered after the incident.

The shooting happened shortly before 1 a.m. at the intersection of 12th Street and Palm Avenue, where the suspects' car was seen with blown-out tires. Officers deployed a spike strip during the pursuit, which began when police learned the silver sedan had been reported stolen.

Witness Ken Wiese said he heard "five or six" shots after the pair tried to run from the scene. "Bam, bam, bam, bam," Mikaelan recalled. "My wife goes, 'Are those gunshots?' I go, 'Hell, yeah.'"

According to police, the fleeing woman was apprehended.

#BREAKING Suspect shot by Huntington Beach police has died at hospital; second suspect, a woman has been arrested. #abc7eyewitness pic.twitter.com/i4t3Hbb4U5

The wounded man was transported to a hospital, where he died, authorities said. No officers were injured.

Neither suspect was immediately identified.