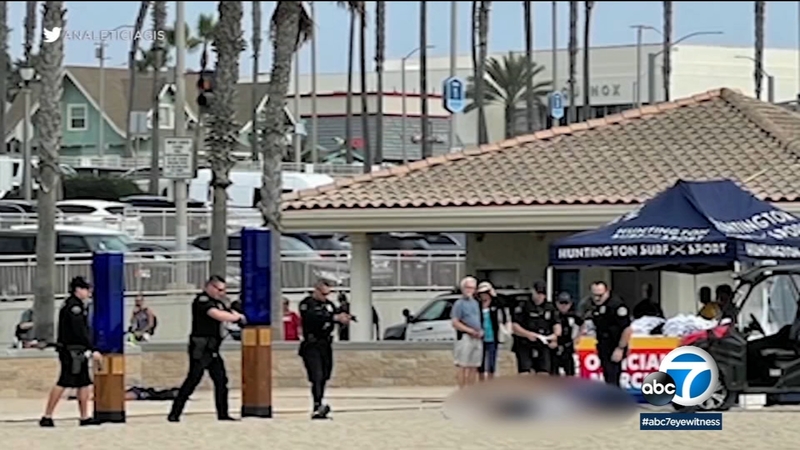 HUNTINGTON BEACH, Calif. (KABC) -- A man allegedly armed with a gun who was shot and killed by Huntington Beach police over the weekend, as the U.S. Open of Surfing was wrapping up for the day, has been identified as a 43-year-old man.

The shooting happened Saturday afternoon, just south of the city's pier, after police received reports of a "suspicious man with a gun," according to the Huntington Beach Police Department.

Officers were seen surrounding the armed man on the sand as crowds of spectators were in the area watching the surfing competition. Police say Ronnie Garcia refused to comply with multiple commands and then at least one officer opened fire.

The wounded suspect was taken to the hospital, where he was later pronounced dead. Investigators say they recovered a gun at the scene.

The city of Huntington Beach is now offering emotional support services, in partnership with Be Well OC, to anyone who witnessed or was in the vicinity of the officer-involved shooting.

"I would talk to somebody about it. I think it was very scary and I've never experienced anything like that," said Brianna Marynowski. "I've never even heard guns go off like that."

Anybody in need of those services can call Be Well OC's Tony Delgado at (949) 300-0175. The city will also be hosting a community meeting in the coming days for those who want to express their concerns and ask questions about the incident.

The investigation into the police shooting is being handled by the Orange County Sheriff's Department.